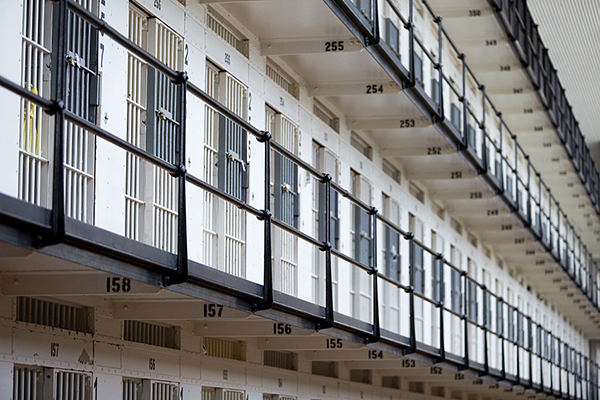 In a conversation Wednesday morning about Minnesota’s crowded prison system, members of the state’s Prison Population Task Force seemed struck by one statistic:

Fewer than half of people found to illegally possess a firearm get the minimum sentence of 60 months in prison or more.

That fact, contained in a set of numbers presented by Nathaniel Reitz, executive director of the Sentencing Guidelines Commission, took on special significance given the rash of fatal gun shootings that have killed 10 people this month in Minneapolis and St. Paul.

“I’ll just bet that there’s going to be a number of gun bills forwarded this session,” said Cornish. “And with what’s going on in Minneapolis and St. Paul, and (Minneapolis)Police Chief (Janeé) Harteau saying we need to put down the guns, I’ll bet you there’s going to be some bills calling for higher mandatories on any possession or use of a firearm in crimes.”

Numbers presented at the meeting showed that only 42 percent of people found with a gun who are prohibited from having one because of a prior offense are given the minimum sentence. People who carry a gun while committing another crime, like a burglary or an assault, receive at least the minimum sentence more often — about 52 percent of the time.

Reitz, executive director of the Sentencing Guidelines Commission, said judges may see the minimum sentence of five years in prison as too severe.

“I think there’s an argument to be made that this is a judicial vote against the mandatory minimum. That the judiciary is saying, this is not appropriate.”

Reitz described the factors that have led to an increase in Minnesota’s prison population, despite the uneven sentences for gun offenders.

Two changes in law have had a particularly significant effect: One law added longer sentences for drug convictions, and the other made DWI a felony. Those and other law changes have forced Minnesota’s prison system to increase its capacity by nearly 3,000 beds.

Meanwhile, the racial disparity in incarceration rates appears to be improving, but not in the way officials probably hoped.

Reitz cited the change that made DWI a felony and an increase in incarcerations for the sale and possession of methamphetamine.

The highest incarceration rate disparity is now between American Indians and whites.