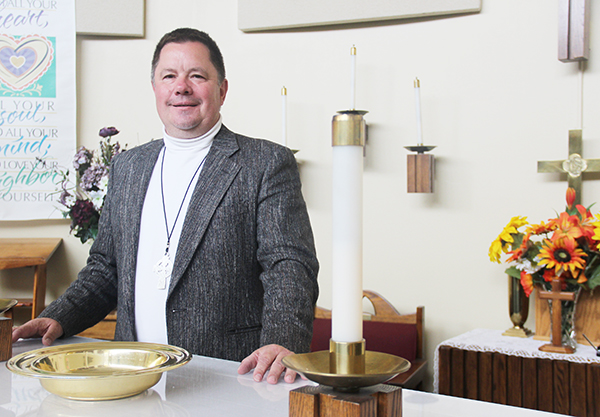 A lifetime of experiences has brought one former Albert Lea man back to the area.

Don Malinsky, his wife, Barbara, and their daughter, Julie, lived in Albert Lea previously from 1980 to 2005.

After being away from the city for about nine years as Malinsky served as pastor in Glenville, Preston, Wykoff and Buffalo Lake, he and his wife purchased a home in Albert Lea in the spring of 2014 right across the street from their daughter, son-in-law and grandchildren.

That summer the home was remodeled, and his wife moved in  during September. He commuted from Buffalo Lake each week, and in the spring of this year applied for the chaplain position at St. John’s Lutheran Community and was hired.

He said in the short time he has been at the nursing home, he has been amazed at the level of loving care from volunteers and staff.

When Malinksy lived in Albert Lea previously, he worked at Morris Furniture for 16 years and then in the hospitality industry for six years.

He said he completed his seminary work at United Theological in New Brighton while working at Morris Furniture. It took him several years to complete this while working and was first called to serve a congregation in Glenville. After a few months, he then served at congregations in Preston and Wykoff for five years before serving in Buffalo Lake.

He said he looked to return to Albert Lea to be closer to his daughter, son-in-law and grandchildren.

He knows many of the people he serves because of his previous time in Albert Lea.

In his position, Malinsky oversees a weekly service, a Bible study during the week and other  duties as needed.