Jerry D. “Andy” Allen, 76, of Wells, formerly of Alden, died Monday, Oct. 26, 2015, at Good Samaritan Society of Albert Lea. A funeral service will be at 10:30 a.m. Friday at Redeemer Lutheran Church in Alden. The Rev. Greg Ofsdahl will officiate. Visitation will be from 4 to 7 p.m. Thursday at Bruss-Heitner Funeral Home in Wells and will continue one hour prior to the service at the church on Friday. Interment will be in Alden Cemetery. Military honors will be accorded by the Wells color guard. Bruss-Heitner Funeral Home in Wells is handling the arrangements. To leave an online condolence visit www.brussheitner.com. 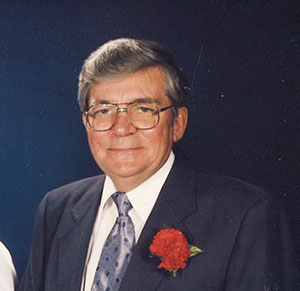 Jerry was born Nov. 21, 1938, in Carlston Township, Freeborn County, the son of Edward and Hazel (Nergard) Allen. He attended school in Alden. He honorably served his country in the United States Army as a gunner during the Korean War. He attended basic training in Fort Chaffe, Arkansas and infantry training at Fort Carson, Colorado. He was honorably discharged in 1959. He was united in marriage to Margaret Hedstrom, and to this union one daughter, Cindy, was born. The couple later divorced. He married Donna (Kirkeide) Dylla on Nov. 25, 1982. Andy worked for 37 years as a forklift operator for Ventura Foods. He enjoyed gadgets and anything electronic. He was also a fan of the Vikings and enjoyed watching the games on TV. Andy loved to drive around and visit his buddies Stan, Daryl and Richard. He was a member of Redeemer Lutheran Church in Alden and the Wells Veterans of Foreign Wars.

He was preceded in death by his parents; brother, Lloyd “Ole” (Betty) Allen; stepson, Dennis; and brothers-in-law Bill Wright and Ray Steele.