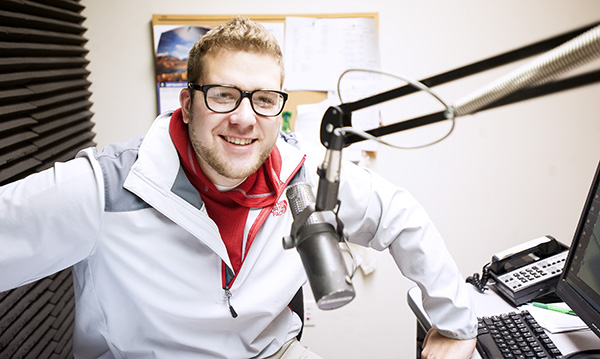 A new voice for Albert Lea area sports can be heard on the airwaves.

Mitchell Widmeier was hired on Sept. 7 as KATE 1450 AM radio’s sports director after Jim Sannes left the position to become a staff writer for numberFire Inc., a sports analytics company in Boston.

As Widmeier’s first job outside the state of Iowa, he said he has been overwhelmed with support from people in Albert Lea.

“I’m happy to be part of a community that reaches out and welcomes people,” he said. “It would be easy for me to just say something like that — you want to get on everyone’s good side — but in the month that I’ve been here, everyone’s been very welcoming.” 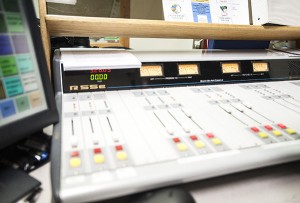 In the previous three Tigers football games, Tom Jones has teamed with Widmeier in the booth to provide color commentary.

“It’s been an easy transition for us to work together,” Jones said. “We seem to flow together as if we’ve done it for years.”

Gathering interesting and useful information before games is a strong suit for Widmeier.

“His greatest strength is game-day preparation, having charts for both teams,” Jones said. “He is very good at such a young age, and it will be awesome to see him develop even more when he gets to know the teams in our area.”

“If you really want to pry it out of me, I’m a Green Bay Packers fan,” Widmeier said. “We have season tickets in our family, so I’m lucky enough to say I’ve been going to Packers games since I was 5 years old.”

Although Widmeier cheers for the Packers, he said he has no qualms with the Vikings.

“I’ve always had a distinct dislike for the Chicago Bears, but not for Minnesota or Detroit,” Widmeier said. “That’s my defense.”

As a student-athlete at Wahlert Catholic High School in Dubuque, Iowa, Widmeier said he was a shooting guard on the basketball team and played catcher on the baseball diamond. He said he played football in seventh grade but stopped because nine months out of the year he played on a traveling basketball team that competed in Iowa, Wisconsin and Illinois.

After a year of color commentary followed by three years of play-by-play, Widmeier graduated from St. Ambrose University in Davenport, Iowa, in May with a Bachelor of Arts in radio and TV production. 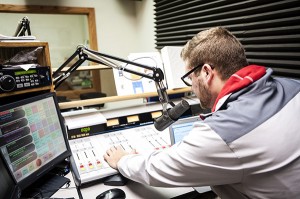 Widmeier said he hosted his own talk show at the St. Ambrose college radio station KALA 88.5 FM for three years, and he is in his second full year covering high school sports. He also has experience at ESPN affiliate KJOC 93.5 FM in the Quad Cities and KBOB 1170 AM.

Widmeier said he wanted to enter the broadcasting field from a young age with the support of his family.

“When I was playing video games growing up, I wouldn’t always realize it, but I’d be announcing the game,” he said. “That’s when I decided I wanted to do something up this alley.”