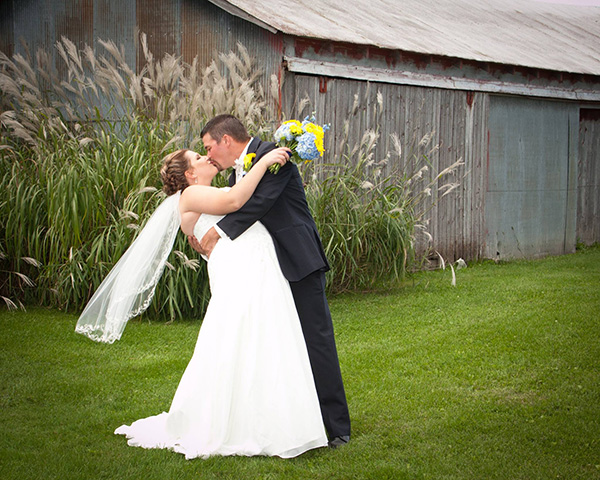 Kristine Kirsch and Eric Mason of Riceville, Iowa, were married during a double ring ceremony at 5 p.m. Sept. 12, 2015, at the Mason family farm in Chester, Iowa. The Rev. Gabe Casciato officiated. A reception followed the ceremony.

He attended Cresco High School, is employed at Mason Farms and is a member of the Iowa Air National Guard.

Dustin Garduno of Albert Lea, friend of the couple, served as the usher.

Other participants included special readers Brycin and Braydin Kirsch, nephews of the bride and sons of Katie Kirsch and Cody Bolinger of Albert Lea.

The bride was escorted down the aisle by her grandfather Marvin Bednar and her brother Dillon Matthews.

The couple took a brief trip to the Wisconsin Dells shortly after their wedding and are currently planning an official wedding trip.