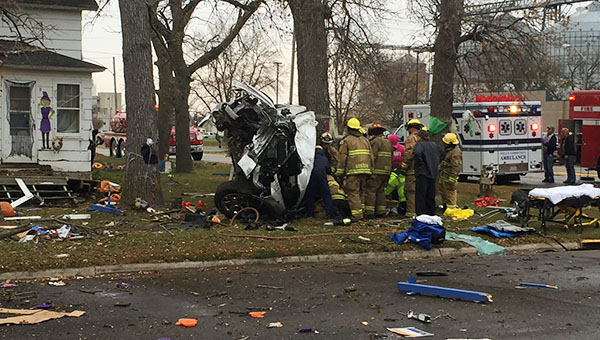 A Wells man was flown to Rochester after a crash on Minnesota Highway 109 in Wells. Richard Wassenberg/Albert Lea Tribune

WELLS — A Wells man was transported to St. Marys Hospital in Rochester after a rollover crash Friday morning in Wells. 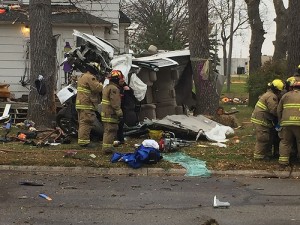 Harlan C. Latusek, 71, was driving a 2014 Dodge Ram east on Minnesota Highway 109 shortly after 11 a.m. when he lost control of the pickup and rolled, striking trees, a power pole and a house, according to the Minnesota State Patrol.

Latusek’s injury was deemed not life-threatening, according to the State Patrol.

The report stated Latusek was wearing a seatbelt, and alcohol wasn’t detected in his system.

Roads were wet at the time of the crash.

The Faribault County Sheriff’s Office assisted at the scene.