MNsure rates to go up as high as 49 percent

ST. PAUL — Health insurance premiums for Minnesota residents buying coverage through MNsure or directly from providers will increase by as much as 49 percent on average next year, state officials announced Thursday, a major jump that the state’s top insurance regulator said calls for additional reforms to control costs.

The 2016 cost increases range from 14 percent for enrollees on a Medica plan to 49 percent for customers on Blue Cross Blue Shield of Minnesota, the state’s largest insurer. All eight companies selling insurance on the individual market posted double-digit percentage rate increases for next year.

District 27A Rep. Peggy Bennett, R-Albert Lea, said the news reinforces the need for reforms that will bring down the cost of health care. 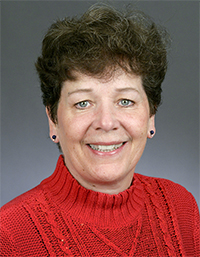 “Rate increases for those on MNsure and those who buy insurance on the individual market mean less money for food, gas and other everyday expenses,” Bennett said.

Most Minnesotans won’t feel the hit — less than 6 percent of residents buy insurance on the individual market, compared to more than 80 percent who are covered through employers or on public programs. But the individual market is at the heart of President Barack Obama’s health care law and the health insurance exchanges such as MNsure it gave way to.

Minnesota Department of Commerce Commissioner Mike Rothman called the increases “unacceptably high.” He said they were driven by a smaller, higher-cost pool of consumers than initially projected — a sentiment echoed by health care experts and the insurers themselves who have suggested prior years’ rates were too low.

“We had rates that were not appropriate,” said Danette Coleman, Medica’s senior vice president for individual business. “Rates that we’re starting to see now really are more reflective of the risk that exists in the individual market.”

Gov. Mark Dayton, Rothman and others pitched MNsure and its allure of subsidies for coverage as a possible fix, but just one-sixth of consumers on the individual market are currently buying coverage through the exchange. Others shop through agents or from the companies directly. MNsure’s Interim Chief Executive Officer Allison O’Toole said the tax credits available through the exchange will grow next year, in some cases offsetting the premium hikes.

“The spinmeisters who want to trash MNsure, who want to trash Democrats, who want to trash Obamacare or whatever you want to call it, they will attribute the rate hikes to MNsure somehow,” said Rep. Joe Atkins, a Democrat who sponsored the bill creating the state exchange. “The only place you will see a reduction in those outrageous rates that were released across the individual market … is MNsure.”

Combined with last year’s smaller increase and the exit of the largest insurers from MNsure last year, critics pegged Thursday’s rate hike release as an ominous sign that health care overhaul is faltering in Minnesota. Republican House Speaker Kurt Daudt said GOP lawmakers would renew an attempt to abolish MNsure and move to the federal marketplace next year, though it’s unclear whether that would have any impact on rates in Minnesota.

MINNEAPOLIS — Wildlife managers in the upper Midwest expect the first results next week from tests that could provide an... read more