No injuries in crash that hit two downtown A.L. buildings 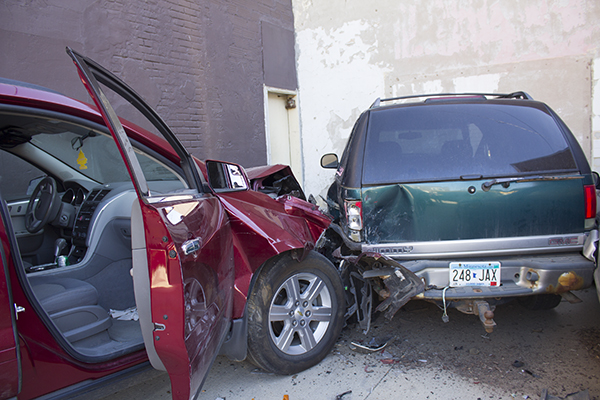 No injuries were reported after a man reportedly lost control of his vehicle and struck a car, damaging two downtown buildings in Albert Lea Friday afternoon.

According to Albert Lea police, a Chevrolet Traverse, driven by Luvern Clair Jensen, 77, of Albert Lea was reportedly heading north on Newton Avenue.

Police stated the vehicle began to accelerate, and Jensen reportedly tried to make a hard right turn and ended up entering the parking lot and striking a GMC Jimmy near the Knutson Building.

The Jimmy crashed into the north side of the Knutson Building, which sustained damage, and the Traverse sideswiped The Sportsman’s Tavern.

The buildings are at the intersection of Newton Avenue and Clark Street.

The Jimmy swideswiped a 1995 Eagle Vision, a four-door sedan.

Alcohol reportedly wasn’t a factor in the crash, and nobody was transported to the hospital.

Damage from the crash was estimated at more than $1,000.