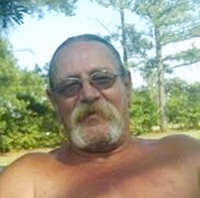 Ricky Allen was born Nov. 18, 1955, in Minneapolis, the son of Daniel and Janet (Borkowski) Krowiorz. Ricky grew up in Wells, where he attended school and graduated in June of 1974. He entered the Navy and after serving his tour of duty, he returned to Wells. In May 1978 he married Lisa. They were later divorced. They had one son. He attended ALVTI and became an electrician. After his divorce, he married Jamae and settled in Tampa, Fla., where he worked as a master electrician for 17 years. He returned to Wells with his sons and resided in the family home. Rick enjoyed playing pool, cribbage and socializing.

He is preceded in death by his parents; brother, Kenneth Krowiorz; brother-in-law, Eugene Wittmer; stepfather, Robert Nesje, as well as numerous aunts, uncles and cousins.