Washington gets life in prison 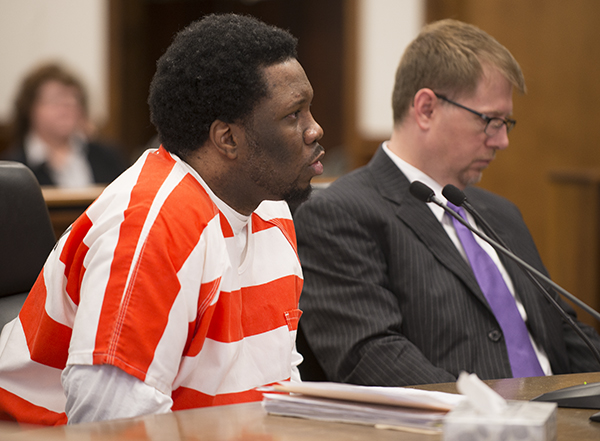 Tyrone Washington Jr. listens as he is sentenced to life in prison without the possibility of parole on Friday at Worth County Courthouse for the Aug. 15, 2013, stabbing death of Justina Smith in Northwood. – Colleen Harrison/Albert Lea Tribune

Man gets max. sentence in stabbing death of ex-girlfriend

Northwood man was sentenced to life in prison without parole Friday in the August 2013 stabbing death of his ex-girlfriend.

Tyrone Washington Jr., 41, was sentenced in the death of Justina Smith after his motion for a new trial was denied by Worth County District Court Judge Colleen Weiland.

Before sentencing, Smith’s mother, Jeanette Hanson, took the stand, holding back tears and showing pictures of Smith and her two children. She refuted Washington’s allegations that the verdict was race-related.

“This is not a racial thing, and it has never been,” Hanson said. “This is about what you did to another human being, my beautiful daughter, Justina.”

She said her grandson suffers from nightmares and has a lot of anger from the incident.

“You have destroyed our trust in people and our surroundings,” Hanson said. “Not once have I seen you take responsibility for your actions, all you do is blame other people.”

Washington requested a new trial in August after a jury convicted him of first-degree murder in July. In his request, Washington claimed he was acting in self-defense when he stabbed Smith, 30, also of Northwood on Aug. 5, 2013.

“How can anyone say what they would have done in that situation if they weren’t there personally?” Washington asked.

Washington said Smith came to Swensrud Park with a knife. He claimed Smith and a friend, Tyrone Jones, tried to attack him at Swensrud Park. He said he stole Smith’s vehicle and fled the scene because he didn’t think he would be believed. He claimed there was insufficient evidence showing he acted with premeditation and questioned the credibility of some of the prosecution’s witnesses. He claimed he was harassed by law enforcement and Smith’s family and claimed race was a factor in the guilty verdict.

“I think that the jury’s verdict was supported by the evidence, and the family got justice,” said Laura Roan, assistant Iowa attorney general after the sentence.

Smith suffered 12 stab wounds, two of which officials considered to be fatal. She also suffered from a broken nose and damage to her head.

Weiland ordered Washington to pay $150,000 in restitution to Smith’s estate and heirs.

He will be transported under the Iowa Department of Corrections to a placement facility in Coralville, Iowa.

The trial was held at the Webster County Courthouse in Fort Dodge, Iowa. The trial was originally scheduled to be held in Worth County but was moved due to the lack of African-Americans in the county. 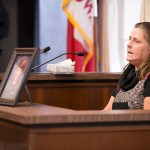 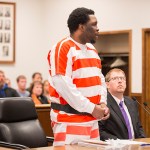 Tyrone Washington Jr. speaks on his own behalf Friday during his motion for a new trial in the 2013 stabbing death of Justina Smith. Washington’s motion was denied, and he was eventually sentenced to life in prison without the possibility of parole. – Colleen Harrison/Albert Lea Tribune 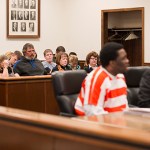 Friends and family of Justina Smith listen and react as Tyrone Washington Jr. speaks on his own behalf during his motion for a new trial Friday morning at Worth County Courthouse. – Colleen Harrison/Albert Lea Tribune 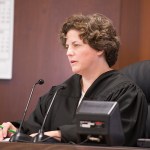 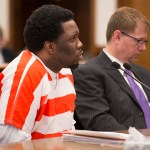 Tyrone Washington Jr. was sentenced to life in prison without the possibility of parole on Friday at Worth County Courthouse for the Aug. 15, 2013, stabbing death of Justina Smith in Northwood. – Colleen Harrison/Albert Lea Tribune