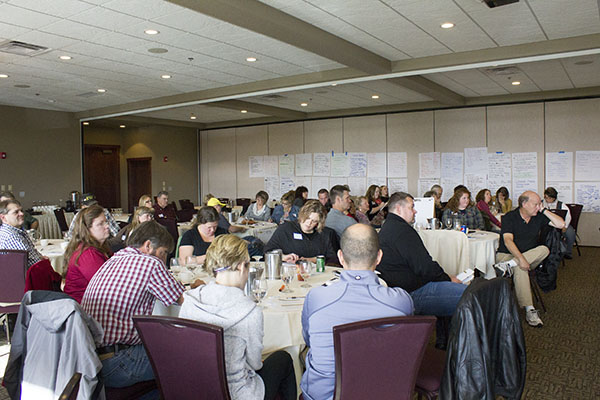 Approximately 90 people gathered for the Idea Splash at Wedgewood Golf Club to discuss and vote on ideas from residents on how the city can best use a $20,000 grant it received from the Southern Minnesota Initiative Foundation to boost attraction to the city’s downtown district and lakes. 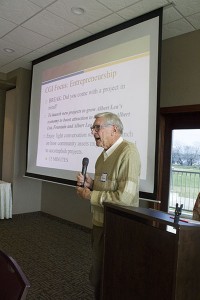 The five projects moving on are the following:

An idea by Paul Shea for self-guided historic walking tours that received 40 votes, the most of the five. The tour would include QR codes and selfie stations in the downtown district and lakes for tours that would link to an article or an audio piece explaining history and other information about the site, Shea said.

The Rotary Club would like to establish a fenced-in, off-leash park where well-behaved dogs can exercise, socialize and have fun in a clean, safe environment.

The Albert Lea City Council unanimously approved Schulz’s request for a dog park in Albert Lea Nov. 9. The Rotary Club hopes to raise $15,000 from donations for the proposed park. Possible sites identified for the dog park include behind Brookside Education Center, near the Blazing Star Landing, Eberhardt Park and Shoff Park.

An idea presented by Bethany Greiner that would make bicycles available for rent received 19 votes. Under Greiner’s plan, kiosks would be available for bikes to be returned.

Greiner discussed ideas on how to improve the community with her husband.

“This was a really nice forum, to be heard and share different ideas,” Greiner said.

An idea presented by Kelly Goskeson that would allow boaters to utilize the Fountain Lake Park area by adding services and amenities received 19 votes.

An idea presented by Bill Howe that would establish an  Edgewater RV Park and Campground received 15 votes.

The five ideas advance to another round in January, where the presenters will present further details of their plans to a leadership team. After those presentations, the winning projects will be selected and the money awarded. 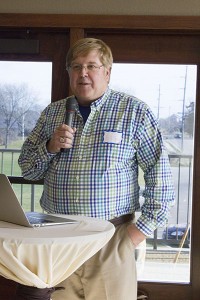 Other ideas discussed were a website for employers to attract needed workers to Albert Lea, a neighborhood website that discusses ideas, a welcome wagon, starting a volunteer initiative to spruce up some downtown buildings, making a video to advertise the community on Facebook, an aquaponics setup and a project that involved making two islands in Albert Lea Lake in the shape of “AL.”

“I think it went very well,” said  Pam Bishop, Southern Minnesota Initiative Foundation vice president of economic development. “There was great excitement and enthusiasm for the programs and the process.”