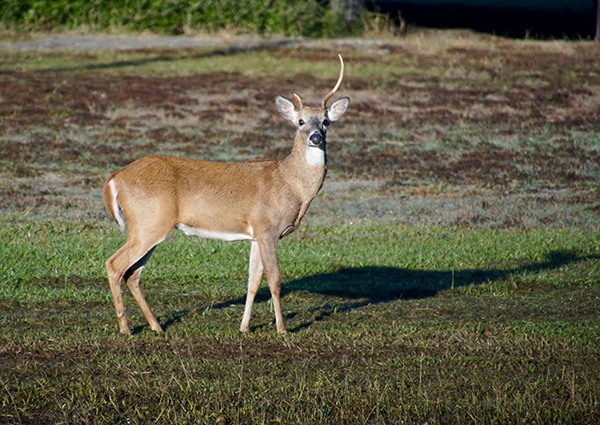 “Everything is nearly copacetic. When my foot falls asleep, it drools. That’s a good thing. When water evaporates, it cools the air. This combats global warming. That’s why men leave toilet seats up. I’ve decided to cut fried foods from my diet. Actually, it’s just fried vegetables other than potatoes that I’m giving up. OK, I’m just giving up fried okra. Well, four or five of them a day would be all right. My sister Cruella stopped by. She lives in town. She’s been trying to throw away her old garbage can for three months. The garbage men just won’t take it. I thought I’d cheer her up by getting her something nice for her birthday. I stopped at my least favorite store, Womenard’s. I said that I wanted to get some nice perfume for my sister. The clerk brought me a bottle of perfume for $79. I told her that was too much money. She brought another bottle with a $49 price tag. I said that’s too much. Then she brought out one for $29. I said, ‘You don’t understand. I want to see something cheap.’ The clerk brought me a mirror.”

I watched song sparrows, white-throated sparrows and dark-eyed juncos hunt the yard for food. I watched them with great joy. Roger Tory Peterson, the godfather of birding, wrote that he was dedicated to penguinism. On this particular day, I was dedicated to sparrowism.

I wondered if the chipmunk had ever had the same experience.

It could be worse.

I traveled on a long bridge to the Outer Banks of North Carolina. Gulls perched on the railings of that bridge. Sometimes the suction from a tractor-trailer rig or a strong wind blew a bird from its perch. This caused the unfortunate gull to be hit by the next oncoming vehicle.

Gulls come in second in such encounters.

Being washed out of a spout is a walk in the park in comparison.

“I heard you say on your radio show that chickadees have different warning calls for perceived threats. Could you repeat what you said?” Of course, I could. I’m a man of the age where I repeat everything. Over and over. A chickadee’s call is “chicka-dee-dee.” A study published in the journal Science found that when black-capped chickadees encounter a great threat, they call more frequently and longer, such as “chick-a-dee-dee-dee-dee-dee.”

“What is lake turnover?” A lake has turned over when water temperatures are the same from the surface to the bottom. This process takes days to months to complete, depending on lake shape, lake depth, and air and water temperatures. During turnover, water clarity may decrease as decaying organic material is suspended in the water and a sulfurous odor might be evident. After lake turnover, oxygen levels have become consistent from the surface to the bottom, and fish are able to use depths uninhabitable during the summer.

“How does a squirrel find the acorns it buried?” Princeton University research tested the assumption that gray squirrels relocated buried foods by odor. In tests, the squirrels retrieved food primarily from their own caches rather than those belonging to other squirrels. The study indicated that while gray squirrels locate buried foods by the odor, they also remember the locations. The study suggested that squirrels bury food in a series of locations, typically near landmarks that help the squirrels form a cognitive map in their heads. They often dig up and bury food again in order to determine whether the stored food remains edible or possibly to refresh their memory of its location.

“What is a friar’s lantern?” Also called a will-o’-the-wisp,  it’s a flitting phosphorescent light seen at night, chiefly over marshy ground. It’s believed to be caused by the  spontaneous combustion of gas from decomposed organic matter.

Our farm was a part of Mule Lake, a marshy mecca, that produced many of these eerie sights. Seeing a spectral entity  crossing a gravel road was a spooky trial for a young lad.

“Life starts out with everyone clapping when you take a poo and goes downhill from there.” — Sloane Crosley

“To be yourself in a world that is constantly trying to make you something else is the greatest accomplishment.” — Ralph Waldo Emerson

“Every intelligent individual wants to know what makes him tick, and yet is at once fascinated and frustrated by the fact that oneself is the most difficult of all things to know.” — Alan Watts