John P. vonBerg III, 86, passed away peacefully on Wednesday, Oct. 28, 2015, at his home in Arlington Heights, Illinois. He was preceded in death by his wife and lifelong partner, Charlotte (Tennis).

John was born March 27, 1929, in Albert Lea, where he attended high school and met and then married Charlotte in 1950. In 1950 he also joined the National Guard and served at Camp Rucker in Alabama. John attended the University of Iowa where he trained as an X-ray technician, which ultimately led to a career in X-ray equipment sales. 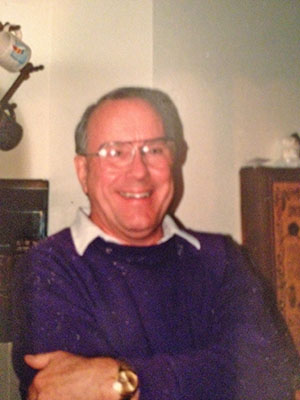 John played hockey as a young man and was the most graceful of skaters. He was also an avid skier and enjoyed instructing others in the sport. He was a lifelong car enthusiast from his first fixer-upper to his multi-prize winning Buick Reatta in later years. You could count on a spotless vehicle and a story with every ride.

In his retirement John had several hobbies from a small engine repairman — there was never a snowblower or lawnmower he couldn’t fix — to woodworking, golf and competitive pool playing at Luther Village. John made friends with all who lived and worked there.

John’s greatest calling was as a wonderful, loving and caring husband, father and grandfather. He was the most decent of men. If he asked you how you were, he was truly interested.

The family will greet friends from 10 a.m. to noon Dec. 5, 2015, at Luther Village, 1250 Village Drive in Arlington Heights in meeting room A. A private family gathering will follow that evening. In lieu of flowers, memorial gifts may be made to the Rush Alzheimer’s Disease Center.