Funeral services for Kenneth R. Krieg, 70, of Albert Lea will be at 11 a.m. Friday at the Bayview/Freeborn Funeral chapel. The Rev. Mark Boorsma will officiate. Interment will be at Graceland Cemetery. Military honors will be accorded by local servicemens organizations, the Veterans of Foreign Wars and American Legion. Visitation will be from 5 to 7 p.m. Thursday at Bayview, and one hour prior to the service on Friday. Online condolences are welcome at www.bayviewfuneral.com. 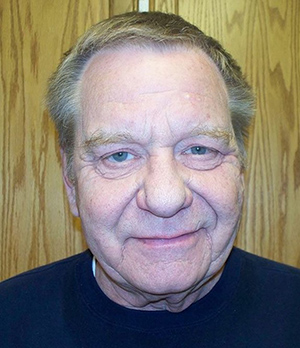 Kenneth Reinhold Krieg was born Feb. 15, 1945, in Tracy, the son of Edward Fredrick and Lanita Johannah (Uetzmann) Krieg. He was baptized at Faith Lutheran Church in Tracy and graduated from Tracy High School. In 1964 Ken enlisted in the United States Navy. He was honorably discharged in 1970. Ken continued his education at Southwest State University. In June of 1968 Ken was united in marriage to Phyllis Stradtmann in Glencoe. Together they made their home in Albert Lea in 1974, and were blessed with three children. He was active in Lions International and Fountain Lake Sportsman’s Club where he served as president. He was a former member of Zion Lutheran Church and a member of Ascension Lutheran Church. He served as an usher at both churches and he was a member of the American Legion. On March 4, 1995 ,Ken was united in marriage to Irene Knudtson at Zion Lutheran Church. He enjoyed going fishing, watching NASCAR and baking.

Ken was preceded in death by his parents and wife, Irene, in 2001.