Let your voices be heard on city spending

The following are excerpts from the comments made by Rhonda Moen at the Oct. 26 Albert Lea City Council meeting on the city’s long-term financial plan:

“There seems to be many numerous plans for spending increases in the future with little consideration being given to growth to support those spending increases. … In looking at the 2016 budget and the city’s five-year capital improvement plan, it is apparent that the city has a financial plan that is not sustainable. You cannot have a debt level which is so high that it is unfair to the taxpayers, and it will create a problem for the city’s economy as a whole. The city manager’s budget presentation included a slide that showed the debt service levy fading away … that slide’s no longer included in the presentation that’s available on the city’s website, but I can tell you what that slide would show is that there is only two years in the next five in which there’s a debt issue being paid off in full, and in each of those five years, we’ll have a new debt issue going on.  So we have two years with debt coming off, five years with debt going on, and more than likely at higher amounts. This is not a sustainable financial plan. That slide is a perfect example of the council possibly not getting the necessary information to make its decisions. You don’t need to see a slide which reflects what your past decisions are going to do; you need to see information that shows you what your current decisions are going to have on the future. 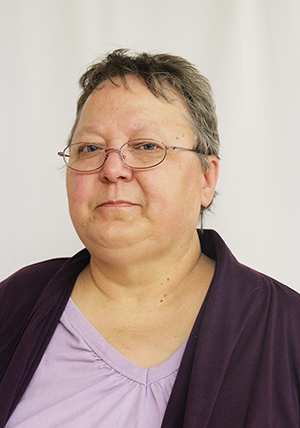 “I have looked at the city’s five-year capital improvement plan, and I’ve made some educated assumptions and a forecast about the city’s five-year of what I think the levy increase would need to be to support the level of spending. And the city manager indicated in his 2016 budget presentation that the levy increase for 2016 would have needed to be 6.6 percent had it not been cushioned by fund balance, but if you add that to the next four years after it, it’s over a 30 percent increase in the tax levy just to support the debt service. That doesn’t even consider operating levy, and you can’t tell me in the next five years you’re not going to have a need to increase operating levy. … I would challenge the city manager to actually complete that slide that shows the council what the impact of these decisions is going to have on the future. A responsible debt management plan considers what a community’s level of growth is to offset those spending increases. Albert Lea in recent years has had very little growth, but we’ve had levy increases steadily. … In addition to what the city is doing, the county and the school district are raising their levies. The county has imposed a new half percent sales tax, which will be, again, in 2016. This is on top of the watershed’s already have percent sales tax.

“You cannot make financial decisions for the city without considering the long-term impacts, and I don’t think the council is necessarily being given the information or they may not be making some of the decisions they’ve been making.

“I don’t know if the city manager plans on being here long term or not. It doesn’t matter because he’s the one person who reports to all of you, and you are the ones who are going to have to answer for what is going to occur in the future. You guys are ultimately responsible. As council members, you are elected to serve the citizens of Albert Lea. Every decision you make impacts the entire community. You are spending the taxpayers’ money, and they deserve to have you asking the questions that are necessary. In the near future, if something doesn’t change, it’s going to become evident that we have a problem, and people will be looking to you seven for an answer.”

So far, the City Council has made no response to these remarks.

Both Rhonda and I have received positive comments on what we’ve tried to do. We appreciate the kind words, but we need the help of the citizens in this town. If you don’t want to attend the meetings or write a letter, call your councilman or send him an email and let him know how you feel about the spending that’s been going on. If you remain quiet, you’re telling them that what they’re doing is okay. The City Council is not going to pay attention to three people who are standing up at the meetings or writing letters to the editor wanting answers to why they’re doing the things they’re doing. We need everyone’s voices heard. If you love this town like I do, help us.