Man has lived in A.L. off and on over the years

A high-risk predatory offender will move back to Albert Lea on Monday, according to the Albert Lea Police Department.

Lorenzo Martin Torres, 26, is described as being 5 feet 6 inches tall and weighing 256 pounds. He has black hair, brown eyes and a medium build. He is slated to move into the 100 block of South Broadway Avenue. 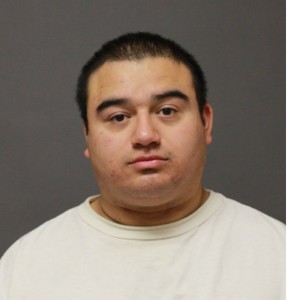 Torres is classified as a Level 3 offender, an offender with the highest likelihood of reoffending.

There won’t be a public meeting, because there has been a prior meeting in reference to Torres, according to the Police Department.

Torres has reportedly lived in the area off and on for several years. He has been incarcerated and is being released again.

A notification fact sheet states Torres has a history of sexual contact with female victims ages 12 to 15. He was known to his victims.

Albert Lea Police Department Detective Frank Kohl said previously Torres had at least three victims, but there were likely others who were never charged or who never came forward to authorities.