A big-time play in another close finish for the Chicago Bears, who beat the staggering San Diego Chargers 22-19 on Monday night.

“Jay made a great throw and I was able to go up and get it. After that, I went unconscious,” Miller said about his game-winning catch with 3:19 left. 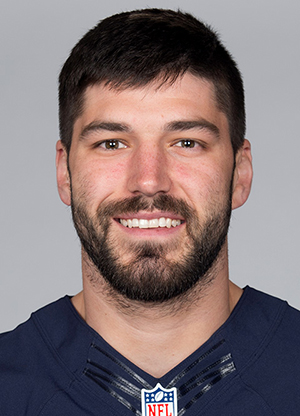 “It was one of those things where instincts kind of take over. I really didn’t have time to go up with two, because he put some juice on it. I went with one and thankfully pulled it down.”

Miller’s TD reception and a 2-point conversion run by rookie Jeremy Langford, subbing for the injured Matt Forte, gave the Bears (3-5) their first lead of the night. Chicago’s last five games have been decided by three points or less, including consecutive losses to Minnesota and Detroit before the trip to San Diego.

Cutler, who had an interception returned for a touchdown and lost a fumble, kept attacking San Diego’s depleted secondary, completing 27 of 40 passes for 345 yards.

Cutler calmly led the Bears on the winning 10-play, 80-yard drive after the Chargers opened a 19-14 lead on rookie Josh Lambo’s 22-yard field goal. Two plays before the TD throw to Miller, Cutler was hit and still completed a 12-yard pass to Alshon Jeffery on third-and-6.

“The safety flew over the top and it was just a matter of waiting for Zach to get past the linebacker,” Cutler said. “I left it high on him, and he made a heck of a catch. It couldn’t have happened to a better guy. For him to come up with a catch, it was something special.”

The Bears scored 15 points in the fourth quarter.

Cutler’s two TD passes broke the franchise record, giving him 139 with the Bears.