Wayne Darril Levine passed away on Saturday, Oct. 31, 2015, at Brookdale of Owatonna following several years of living with Alzheimer’s disease.

Wayne was born Jan. 9, 1938, in Emmons, the sixth son of Adolph R. and Jemina (Anderson) Levine. He grew up on the family farm, attended a country school located on his family’s property and graduated from Kiester High School. Wayne enlisted in the United States Air Force, serving for four years as a jet engine mechanic. While serving in Okinawa he competed on the Air Force target shooting team. Following his military service Wayne graduated from Winona State College with bachelor’s and master’s degrees. He continued with graduate work in mathematics and computer science at Mankato State College. 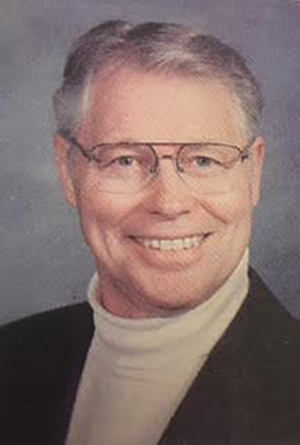 Wayne married Karen Kirchner in 1961. They had one son, Randolph (Randy). Wayne married Carol Orman in 1973. He lovingly cared for Carol when she became ill with cancer and grieved her loss when she died in 1996. Wayne met Mary Durst in 2001, and they married in 2007. They saw their years together as a special gift and blessing.

Wayne taught mathematics and computer science for four years at St. Charles High School and 27 years at Owatonna High School. He also taught college-level classes, developed computer software and did computer consulting. He was passionate about teaching and enjoyed his students immensely. Wayne had a positive attitude toward people and toward life in general. He loved his son and extended family, and time spent with them and friends. Wayne was an adventurer, traveler and outdoorsman. He camped, went off-road Jeeping and enjoyed skiing, snowshoeing, hunting and target shooting. He traveled extensively, including to several countries in southern Africa. He was active in church activities and in Sons of Norway.

Wayne was a loving, caring and intelligent man — full of fun, ideas and interests. His life was a full and meaningful one that touched many lives. He will be sadly missed and lovingly remembered.