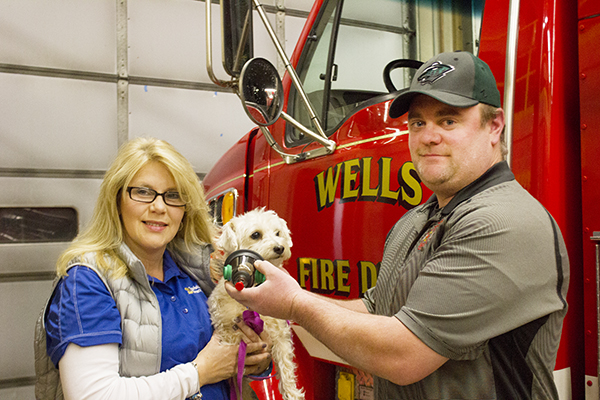 WELLS — The Wells Fire Department received a donation Tuesday night that first responders hope will limit the amount of pet deaths in fires.

The Fire Department received three animal oxygen mask kits through a donation from the Invisible Fence Brand Twin Cities, an organization that looks to improve the lives of pets.

The masks were equipped after Tuesday’s training session and demonstrations on the masks at the fire station. 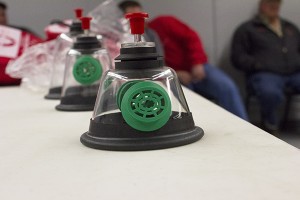 “I hope that if we run it immediately we can use it, and it will save a family pet,” Kimpton said. “If we can help them save their pet, it’d be great.”

“Pets are becoming more of family members, and it allows firefighters to save and rescue pets that have been in fires,” Radke said.

She said a lot of the Twin Cities fire departments have similar operations.

The donation was made as part of Project Breathe, meant to equip all fire stations and rescue units with the oxygen masks.

In most states emergency responders are unequipped to deal with the crisis and the donation of the oxygen masks enables rescue squads to efficiently administer oxygen to an animal, according to Invisible Fence.

The news release states the company has donated more than 12,400 pet oxygen masks to fire stations all over the U.S. and Canada. More than 120 pets have been saved by the donated masks so far, including a dog and her puppies saved on Nov. 5 in Blaine by a department that just received a Project Breathe donation this July.