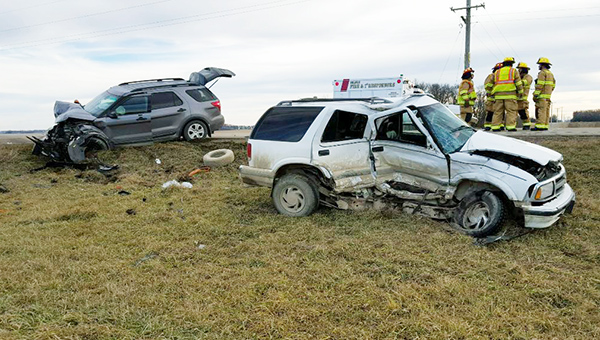 Three people, including one man from Albert Lea, were injured Wednesday afternoon in a broadside collision west of Delavan in Faribault County.

Mark Purvis, 31, of Blue Earth, David Miller, 37, of Albert Lea and Bo Hamson, 19, of Blue Earth were transported to United Hospital District in Blue Earth with injuries deemed not life-threatening, according to the Minnesota State Patrol.

The State Patrol report indicated Hamson was driving northbound on Faribault County Road 11 and Purvis was driving a 2013 Ford Explorer westbound on Highway 109 when the vehicles collided at 1:22 p.m.

Miller was a passenger in the Explorer.

The report stated all of the men were wearing their seat belts, and no alcohol was detected.