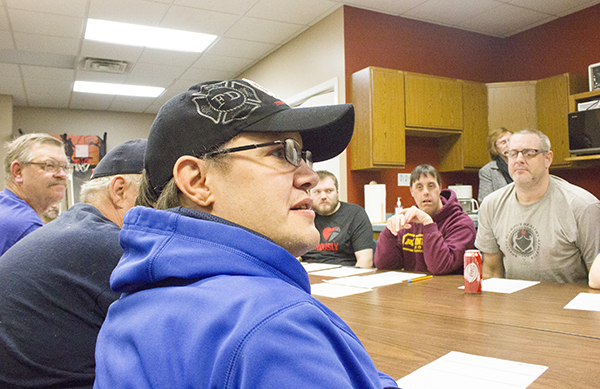 A local leadership organization was awarded the Distinguished Club Award Wednesday night for its contributions to the area.

The award was presented to the Aktion Club in Albert Lea at its monthly meeting.

The Aktion Club, sponsored by the Noon Kiwanis and Daybreakers Kiwanis clubs with support from The Arc of Freeborn County, is an organization for adults living with disabilities to build leadership skills while giving back to the community. 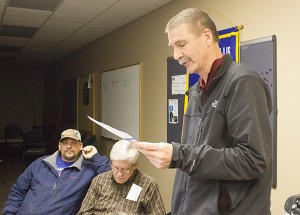 The club was judged in areas of club administration, running quality meetings with parliamentary procedures, developing leadership, involvement with other Kiwanis Clubs, service projects and fundraising.

“It’s a chance to show that people with disabilities can be contributing members of their community,” said Jo Lowe, adviser for the Aktion Club.

Lowe said the Aktion Club provides leadership training once a year, and the organization has tried to get all members to take leadership roles.

Lowe said members of the Aktion Club volunteered for other Kiwanis Club events, including a fish fry, golf tournament, concession stands at the county fair and building and repairing equipment at The Children’s Center.

Aktion Club members rang bells for the Salvation Army and conducted tip night with Pizza Ranch that netted more than $200 that was donated to United Way for the Dolly Parton Library, enough to sponsor books for seven children on a once-a-month basis for a year.

Five members rode in the Freeborn County Bike-A-Thon in May and raised $4,488.

Lowe said all Aktion Club members donated and collected items for the Salvation Army food shelf and delivered them right before Christmas. She said about $529 in food and cash was raised between the Aktion Club and the Daybreakers club . 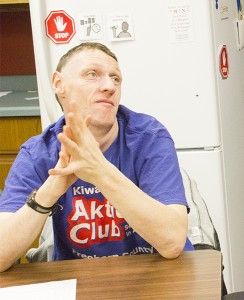 The Aktion Club raised about $65 for the Eliminate Project, a joint project between UNICEF and Kiwanis International to eliminate maternal and neonatal tetanus.

One member raised funds for the Relay for Life, 17 members raised a total of $1,713 for The Arc Bowl-a-thon and eight members sold $345 worth of fudge for the club and The Arc.

Lowe said in September that 26 Aktion Club members compiled a combined 392 hours of service hours this year and raised $6,816.

The Aktion Club was incorporated in 2009, and this was the first year the club received the award.

The award originated from Kiwanis International.