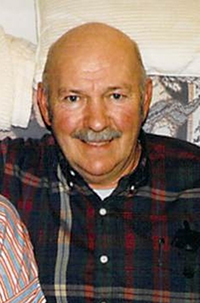 Cliff was born to Clifford and Dagmar Ruble in Albert Lea. While growing up on the dairy farm, he learned strong work ethic. He graduated from Albert Lea High School on June 6, 1949. He enlisted in the Navy and was honorable discharged. Cliff was proud to be a Navy chief of 22 years and worked hard serving his country. Cliff married Joyce Ann Brand on March 20, 1955, at St. Paul’s Lutheran Church in Hollandale. While he was serving in the Navy, he traveled all over the Pacific Ocean while the family lived mainly in San Diego, California. Cliff, Joyce and family moved to Bonner, Montana, in January 1971. While there he worked for Champion Lumber Co., Bonner. He officially retired in 1986 to enjoy Montana living to the fullest. Cliff and Joyce lived up the Blackfoot on Rainbow Bend for 34 years, before moving into Missoula, Montana, in 2005.

Cliff will be remembered for his many passions. Snowmobiling, bowling, hunting, family game time, fishing on the Blackfoot River, gardening, woodworking, playing pinochle and cribbage were activities Cliff enjoyed most. Cliff and Joyce were actively involved with Snow-goers and Drift-riders snowmobile clubs, Missoula Cribbage Club and Pinochle clubs at the senior citizen community centers in both Missoula and Seeley Lake, Montana. They also enjoyed participating in two bowling leagues at Westside Lanes. 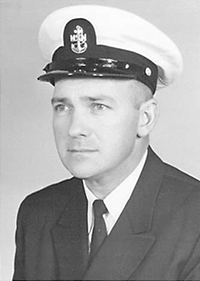 Up until the last few days of his life, he was still playing family members in the game of cribbage and winning. He shared cribbage with many and taught family members as young as his great-grandson, now 11. He frequently attended basketball and baseball events, along with school concerts and recitals for his grandchildren and great-grandchildren. He took pride in his family and wanted the very best for them. He often would call just to check-in to see how they were doing.

A service is scheduled for 2 p.m. Saturday at Garden City Funeral Home in Missoula. In lieu of flowers, donations in honor of Clifford Ruble are preferred to American Legion Post 27, 825 Ronan St., Missoula, MT 59801.