Florence L. Maloney, 91, of Austin died Sunday, Dec. 13, 2015, at her home. Florence Leone Bray was born Aug. 13, 1924, in Rochester to John and Clara (Hanenberger) Bray. She attended school in Austin and worked at the Rose Room as a waitress, and later at the Woolworth Co. lunch counter — she was the hoagie lady. On Dec. 31, 1940, Florence married Gerald “Jerry” Maloney in Osage, Iowa. The couple raised two daughters, Patricia and Colleen.  A member of Eastern Star and First United Methodist Church, Florence became a charter member of Fellowship Methodist Church, returning to First Methodist after Fellowship closed. In her leisure time, she enjoyed golf, bowling, playing cards and doing puzzles. Florence once had a hole-in-one at Ramsey Golf Club. She and Jerry enjoyed square dancing for several years. Jerry was a caller, and Florence helped teach others. At one time, at Colleen’s request, they invited the neighbor kids to their basement to learn square dancing. 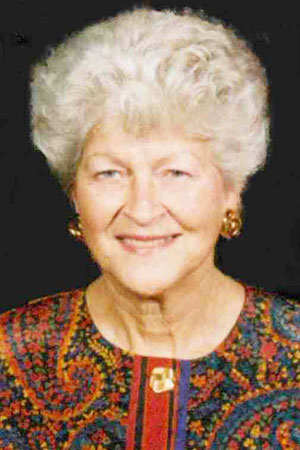 A memorial service will be at 1:30 p.m. Monday at First United Methodist Church in Austin. The  Rev. Dennis Tamke will officiate. Visitation will be for one hour prior to the service at the church.  Interment will be in Grandview Cemetery. Worlein Funeral Home of Austin is assisting the family with arrangements. Condolences may be expressed to the family online at www.worlein.com.