Memorial services for Linda Carol Holstad, 67, of Twin Lakes will be at 1:30 p.m. Friday at Bayview/Freeborn Funeral Home. The Rev. Wayne Halvorsen will officiate. Interment will be at a later date. Visitation will be one hour prior to the service at the funeral home. Online condolences are welcome at www.bayviewfuneral.com. 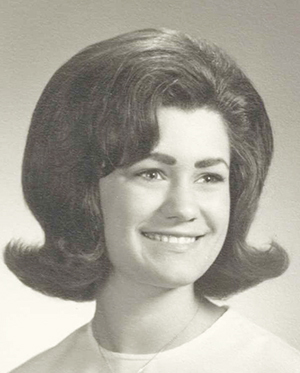 Linda Carol Holstad was born Aug. 11, 1948, in Albert Lea, the daughter of Robert Eugene and Betty Jean (Haines) Tasker. Linda grew up in Alden and Albert Lea and graduated from Albert Lea High School. On Dec.. 27, 1967, Linda was united in marriage to Lee Adrian Holstad at Somber Lutheran Church. Linda worked at Schweigerts and Farmstead and was also a homemaker. She was a member of Somber Lutheran Church and Our Savior’s Lutheran Church. She enjoyed crafts, puzzle books, solitaire, shopping and spending time with her children and grandchildren.