An Albert Lea man was placed on probation Thursday afternoon after pleading guilty last month in connection to a strong armed robbery in September.

Atchison was placed on probation for up to 10 years. 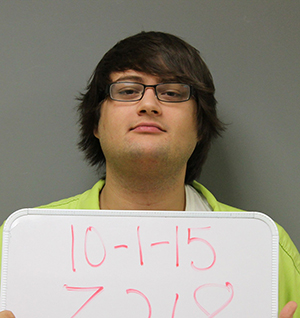 He was given a stay of imposition sentence, meaning if he successfully completes probation requirements, his charge could be reduced to a gross misdemeanor or misdemeanor.

Atchison was sentenced to 90 days in jail, was given credit for 82 days served and was released.

According to Freeborn County District Court records, others involved identified Atchison, 19, as participating in the Sept. 17 incident at the intersection of Garfield Avenue and Front Street. He was reportedly in the back passenger seat on the driver’s side of the vehicle the alleged assailants were riding in.

Atchison was originally charged with aiding and abetting first-degree aggravated robbery. He pleaded guilty last month by means of an Alford plea. Under an Alford plea, the defendant maintains innocence but admits the prosecution has enough evidence to convict, usually of stiffer penalties.

The alleged victim, a 17-year-old boy, was taken on a backboard to the emergency room.

Freeman reportedly dropped off her three passengers at Burger King, according to court records.