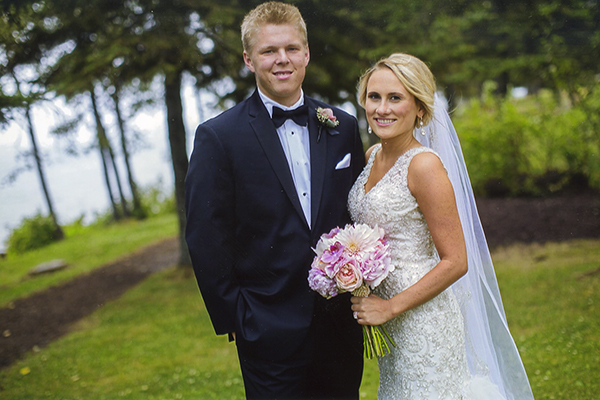 Melissa Pratt of Duluth and Benjamin Blaeser of Champlin were married Aug. 8, 2015, at Glen Avon Presbyterian Church in Duluth. A reception followed the ceremony at The Greysolon Ballroom.

The bride is the daughter of Jim and Carol Pratt of Duluth and the granddaughter of Beverly and Dennis Haugen of Albert Lea, the late Marshall and June Pratt and the late Lou Lundell.

The groom is the son of David and Janell Blaeser and the grandson of Floyd and Dorothy of Tower.

The bride is a 2008 graduate of Duluth East High School. The bride works as a registered nurse at Methodist Hospital in St. Louis Park.

The groom is a 2008 graduate of Champlin Park High School. The groom works as an application engineer at Twin City Fan in Plymouth.

Flowergirls were Macie Maus and Evelyn Sandquist, nieces of the bride.

The couple will take a honeymoon trip in March to Maui, Hawaii.