Removal of trees to make way for restoration of park 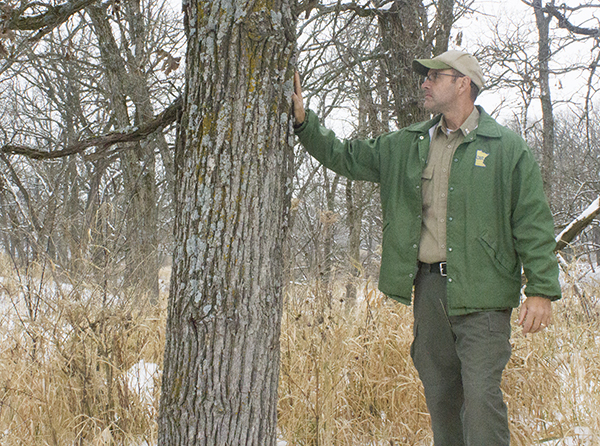 The Minnesota Department of Natural Resources plans to remove more than 100 mature, dead or dying oak trees at Myre-Big Island State Park this winter, leading to what park officials call a reduction in disease and the restoration of a rare prairie oak savanna.

“By removing some of the trees we have a better chance of improving the health of the remaining trees that are still there,” said Tom Wanous, assistant park manager. “It’s something that needs to be done.”

Wanous said the savanna will include fewer trees and more prairie in the section north of the main park building and south of the park entrance. 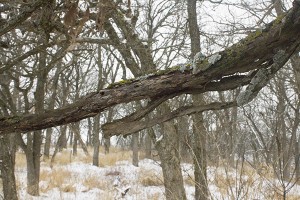 By thinning the oaks, Wanous said the area will be brought closer to its pre-settlement features and more sunlight will be able to shine through to establish more grasses and other plants that are underneath the trees.

He said the project will begin once the ground completely freezes, and he hopes it’s done by the end of winter.

Wanous said most trees in the park that are diseased were first impacted by bur oak blight, a fungal disease. He said the disease can be recognized by a scorched, wilted or brown appearance to sections of some leaves. He said the disease weakens the tree, and severely affected trees may die.

He said bur oak blight has been an ongoing issue for several years throughout southeastern Minnesota due to the 2011 drought, which caused stress to the trees, and continuous wet weather, which causes the trees to grow too fast.

He said trees weakened by bur oak blight are susceptible to native beetles that attack weakened oak trees. According to the Minnesota Department of Natural Resources, oaks infested by two-lined chestnut borer have a dead, red and green pattern from the top to the bottom of the tree’s crown.

The DNR said that’s followed by a branch dieback, a fungal disease that occurs on several oak species.

“Restoring oak savanna has long been a goal at the park,” said Myre-Big Island State Park Manager Jerry Katzenmeyer. “Removing the dying trees enables us to restore a landscape that existed when the area was first settled.”

He said visitors will see stumps and brush disturbance until the grasses begin to fill in next summer. 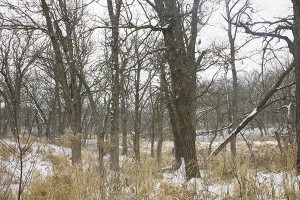 Many of the trees that will be removed at Myre-Big Island State Park this winter have suffered from bur oak blight. -Sam Wilmes/Albert Lea Tribune

Oak savannas once covered about 10 percent of the state, said Molly Tranel-Nelson, Department of Natural Resources regional resource management specialist, in the release.

“Oak savanna was once one of the most common vegetation types in the Midwest,” Tranel-Nelson said.

However, today it is considered much more rare.

She said birds such as the eastern whip-poor-will, red-headed woodpecker and northern flicker flourish in oak savanna.

Landowners with concerns about their oak trees can visit www.mndnr.gov/treecare/forest_health/index.html.