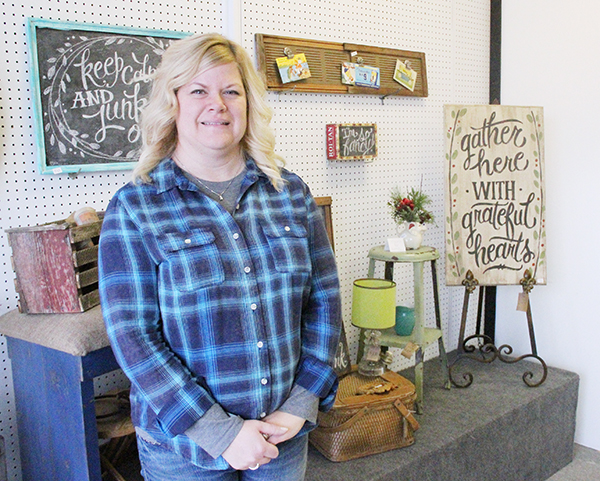 A new store has popped up in downtown Albert Lea until Dec. 23, offering refurbished vintage furniture and other home decor.

Called Heirloom, the store is owned by Angie DenHerder, who is from the Hollandale area.

DenHerder said the store, at the former Tone Music location at 114 S. Broadway, came about because of a hobby that outgrew her farm.

“I’ve always collected antiques,” she said. “I thought for Christmas it would be fun to open a store.” 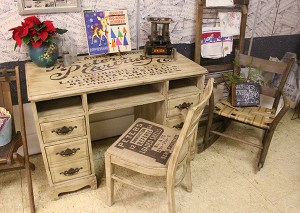 With other activities going on downtown, she said she picked an empty storefront and moved forward with renting it for about a month.

As a freelance illustrator for several large paper product companies, including what she described as big-name card companies and companies for gift bags, she said she started her hobby by redoing furniture. She has everything from refurbished furniture to signs and chalkboards in the store. She hopes her one-of-a-kind pieces can someday be an heirloom for people and their families.

“My favorite part is finding what my husband calls junk,” she said. “Then I finish it, and he says, wow, let’s keep it.”

DenHerder and her husband, Michael, have three children.