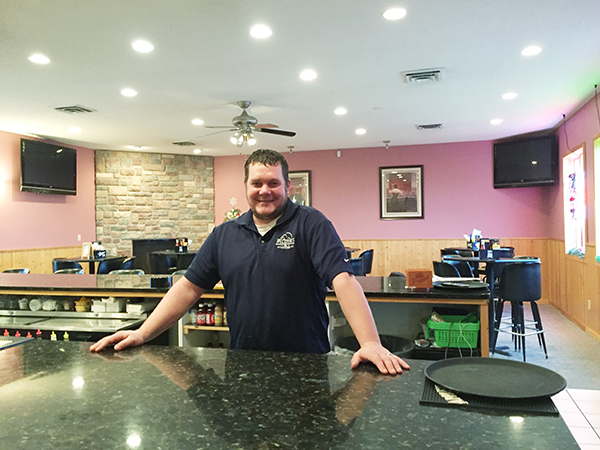 NEW RICHLAND — A routine commute turned into a regular stop when area resident Jim Blake decided to reopen a restaurant that had sat vacant for over a decade.

According to Travis Blake, his father would often drive through the town of New Richland when driving from his home in Waseca to see his parents in Albert Lea.

“He always wanted to put a nice little restaurant in town here,” Blake said. “He knew how well it did before they closed down.”

Blake uses the word they to refer to the former proprietors of the building. Over a decade prior to Willows Restaurant and Lounge opening, Jerry’s Inn occupied the space until the building was devastated by a fire. It never reopened.

“My dad saw the empty building sitting here for years and he just had an idea that he could make a go of it,” Blake said.

Blake said over two years passed between when his father shared his idea of reopening the establishment and his vision coming to fruition.

“This place was a shell,” Blake admitted. “What we did — pretty much — is start from scratch.”

The building now hosts a full-size bar with a fireplace on one side. A stone wall divides the bar area from the general dining section, where the salad bar can be found. There is also a private dining area that can seat between 30 to 40 guests.

While his father can still be found checking in on the business daily, it’s Blake that has served as manager of day to day operations.

He noted business is good, yet he’s looking forward to getting busier as soon as the weather cooperates.

“I’m waiting for a lot of snow,” Blake said.

For Blake and his staff, snow means snowmobilers who navigate the Waseca County trail that runs right by the business.

Willows caters to more than just snowmobilers, though.

Along with a regular menu containing many Americanized favorites, such as salads, sandwiches and burgers, Willows also offers a variety of specials.

Brunch is served from 10 a.m. to 1 p.m. Sundays after which customers can enjoy wings until close. They also have all-you-can-eat rib night on Tuesdays, create-your-own-burger night on Wednesdays, and steak and shrimp night on Fridays.

No matter what time or weather, Blake said customers can always expect a good product, quality service and competitive prices at Willows.