Ex-boyfriend reportedly injured in the stomach

A 22-year-old woman is in custody after she allegedly stabbed her ex-boyfriend on Saturday in southern Albert Lea. 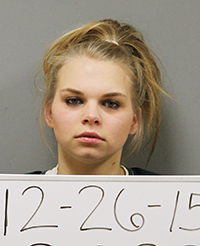 According to police, additional charges could be brought.

Upon arrival, officers found a 27-year-old Albert Lea man with a stab wound to the stomach.

Randall had reportedly left the residence and was found within a short distance from the house.

The man was transported to Mayo Clinic Health System in Albert Lea. He was treated and released on Sunday.

Randall is likely to appear in Freeborn County District Court today on charges.