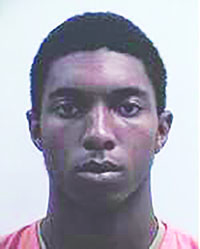 Charles Morris, 20, was sentenced to two years of supervised probation and a year in Mower County Jail if he breaks the conditions set by the court. He also will serve 50 hours of community service and received credit for 69 days of time already served in jail.

Co-defendant Davion Smith, 20, pleaded guilty to one count of felony aggravated robbery with a dangerous weapon Dec. 17. He was sentenced Dec. 18 to three years and five months in prison, and received 147 days jail credit for time served since his arrest.

According to a court complaint, two robbers hit the gas station at 101 Fourth St. NW in Austin, at about 1:30 a.m. July 21. One of the robbers, allegedly Morris, grabbed the clerk from behind and threatened to cut her with a knife if she moved.

The other robber, Smith, forced the clerk to put money inside a bag before the two left. 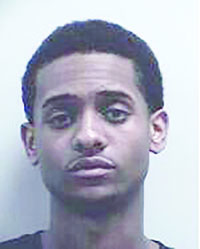 Witnesses told police the two men came out of a red Pontiac that drove around the area at the time of the robbery and sped north on Fifth Street Northwest after the crime.

Police found several items in the parking lot of nearby Integrity Realty, including a Brick Furniture card addressed to Smith and Gach. In addition, the clerk recognized Smith’s voice, according to the complaint.

A Brick Furniture salesperson in Albert Lea positively identified Smith, who had visited the store several days before the robbery, from police photos.

Gach was detained while driving Smith’s car, the red Pontiac, shortly after the robbery. Police confiscated her cellphone and eventually found a photo of a pile of money, including rolls of change and bills wrapped with bank bands, which was taken about an hour and a half after the robbery took place. 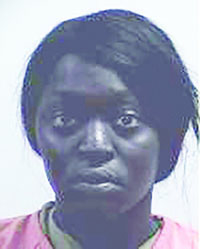