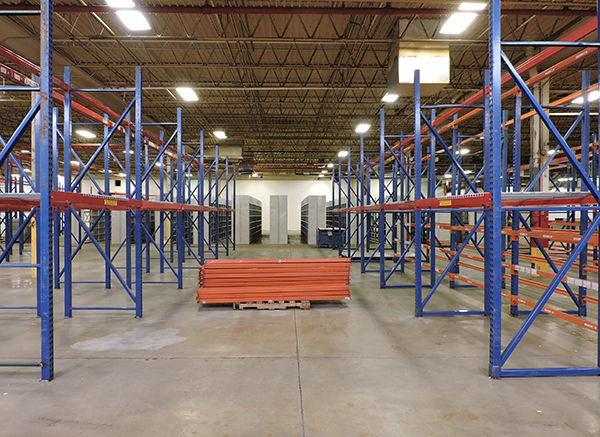 Both large and small new, used and rebuilt ag parts will be available through the Lake Mills facility. – Kelly Wassenberg/Albert Lea Tribune

LAKE MILLS — All States Ag Parts is in the process of moving a large portion of its De Soto, Iowa, distribution center into the former Cummins Filtration facility in Lake Mills.

Bob Koren of Mason City will be the distribution manager at the Lake Mills site.

“I’m hoping for a soft opening by the first of March,” he said.

In the company’s distribution scheme, the company ships parts to farmers across the country. Koren said, in the company’s De Soto site, it is not uncommon for the business to ship anywhere from 500 to 800 parts a day.

“To do that we just can’t flip the switch and say, ‘We’re going to ship 800 packages the first day,’” Koren said.

The soft opening will allow the initial 19 employees of the facility to learn the various functions of shipping, receiving, stocking and picking merchandise, and will gradually increase their productivity.

“By mid-month or the end of the month we’ll be fully up to speed,” Koren said.

Along with distributing parts worldwide, the company will also use the space as a warehouse location for its other stores and will feature a showroom and its own storefront.

The location and size of the building, Koren said was exactly what the company was looking for.

“It’s a very large facility centrally located around the rest of our store locations and in an area that we didn’t currently have coverage,” he said.

Koren anticipates that within a year the site will employ about 30 to 35 people, and said the company hopes to be at about 59 employees by the end of the site’s third year.

All State Ag Parts offers new, used and rebuilt parts for tractor, combines and other agricultural machinery. In addition to the distribution centers in De Soto and Lake Mills, the company has seven other locations in Iowa, South Dakota, Wisconsin, Missouri and Nebraska.

“We’re happy that we’re finally able to make the announcement that they will be occupying the facility and creating jobs here,” Nicholson said.

According to Nicholson, Cummins Filtration had announced its plan to move 400 jobs to a plant in Mexico in August 2009. The initial timeline given was that layoff would be done over a span of 12 to 18 months. The plan took longer than anticipated with the plant being finally “moth-balled and shuttered up,” about a year and a half ago. At that time, the last 30 or so employees were laid off. At one time, Cummins had averaged an employee workforce of between 400 to 500 people. 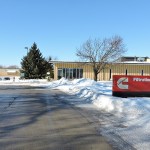 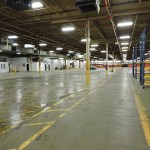 Along with being a distribution center, the Lake Mills facility will also have warehouse space for other All States Ag Parts locations. Kelly Wassenberg/Albert Lea Tribune 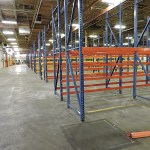 Racks are being installed in the new All States Ag Parts facility so product can soon be stocked. Kelly Wassenberg/Albert Lea Tribune 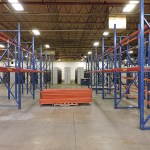 Both large and small new, used and rebuilt ag parts will be available through the Lake Mills facility. – Kelly Wassenberg/Albert Lea Tribune