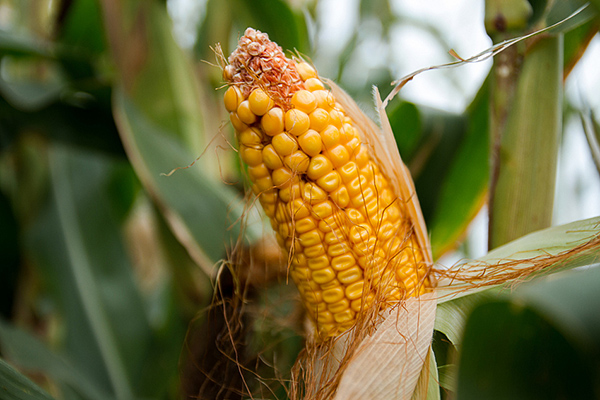 A record amount of corn was harvested in 2015. – Yi-Chin Lee/MPR News

Were record totals too much of a good thing?

Farmers like Noah Hultgren from the Willmar area in central Minnesota had nearly perfect weather last year. And Hultgren’s fields produced more bushels per acre than he’s ever seen on his farm.

As president of the Minnesota Corn Growers Association, Hultgren talks often with his fellow farmers. While they’re pleased with the big harvest in Minnesota and across the United States, they’re not happy with the low grain prices. With large amounts of corn and other grains in storage, commodity traders are offering less to buy them. Hultgren said corn prices are as much as $1 per bushel below what most farmers need to make break even.

“Where prices are at right now, a lot of guys could be in the red,” Hultgren said.

Many farmers are holding onto their crops, he said, storing grain in bins on their farms and hoping prices will rise. But right now the odds don’t look good. Commodity analyst Bryan Strommen with Progressive Ag Marketing in Fargo said the global supply is up and demand is down.

The world’s most populous nation, China, has reduced grain purchases because of a slowing economy. Strommen said no one is taking China’s place as a buyer.

“If we can get some beans and corn moving around the world here, I think that would certainly be advantageous,” said Strommen.

With demand weak, farmers could hope for a decline in supply to boost prices. But as a practical matter, that means wishing drought on some grain-producing region, something much of the Midwest has suffered through in recent years.

In any case, Minnesota farmers can’t do much about China or the weather, so they just have to wait and watch, hoping that something happens somewhere to increase the value of their grain.