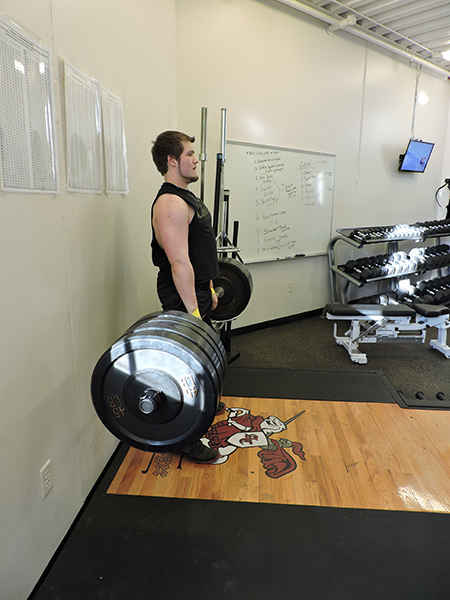 Hovendick said enrollment is up by more than 50 individuals since December 2014, putting its enrollment figures up over the 400 mark. She credits the increase to a change in the fitness center’s rates.

“We adjusted our rate structure,” Hovendick said. “In the past we were charging a higher rate for those who were outside our school district versus those who are in it.”

Hovendick said by eliminating that distinction, the fitness center is now drawing in people from outside the Alden community and school district because they are getting a lower, fairer price. 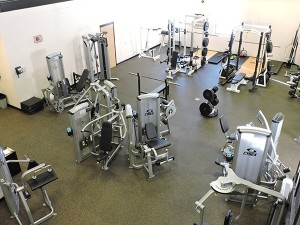 The fitness center includes a weight room featuring Cybex fitness machines and a gymnasium on its lower level, and a cardio area and walking track on its elevated level. Fifteen laps on the indoor walking track equal one mile.

Brock Larson, 20, lives about 15 miles outside of Alden but has utilized the gym since he was a freshman in high school. He continues to come to the fitness center and likes the variety it offers, namely the weight lifting area and the gym for basketball.

“I think it’s nice to give people a place locally where they can come and work out,” Hovendick said.

The gym is used for physical education classes and students are allowed to get memberships as well. Students in seventh and eighth grades can use the gym if supervised, and once students reachninth grade they can get their own membership.

In addition to the fitness center facilities, members can sign up for boot camp class or personal training sessions with Mike Lee. According to Hovendick, Lee is knowledgeable in physical fitness and nutrition and is good at finding a way for individuals to work the same muscle groups through modified exercise if a person is unable to do an exercise due to an injury.

Zumba and yoga classes have also been offered at the fitness center, although they are currently unavailable. Hovendick plans to offer the classes again when an instructor is found. 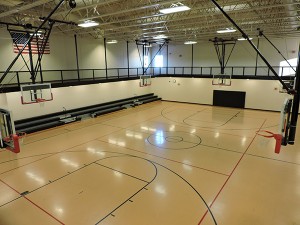 A gymnasium is also available for fitness center members if it is not being utilized by the school. – Kelly Wassenberg/Albert Lea Tribune

Members are given a key card so they can access the facility 24 hours a day. To sign up for a membership, individuals can find Hovendick in the district office at Alden-Conger School.

The fitness center, which was part of an addition added onto Alden-Conger School in 2009, was made possible through a $300,000 donation from Alden businessman LeVerne Carlson, a $300,000 grant from the city of Alden and a $1.8 million bond issue.