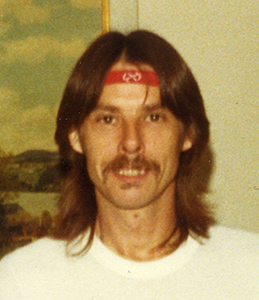 Lonnie was born Jan. 16, 1954, in Albert Lea to Eldon and Betty (Kabrud) Goodemann. He was the second of five children.

He was baptized and confirmed at United Methodist Church in Glenville. Lonnie attended schools in both Glenville and Albert Lea. He worked several jobs including the railroad, Weyerhaeuser, farming and construction before finding himself at Fleetguard in Lake Mills for several years. He had several friendships there and enjoyed working with them.

In April 1978 Lonnie was united in marriage to Barb Sorbo. They later divorced.

Lonnie enjoyed fishing, watching football and reading. He was an excellent pool player and was on a pool league for many years. Lonnie had a passion for Indian artifacts which he collected most of his life. He had a special skill for finding arrowheads and shared them with family and friends, refusing to sell them. He also shared his skill for finding arrowheads with a chosen few. Lonnie had a love of all animals — especially for his dogs Jack and Jill.

Lonnie was preceded in death by his parents; nephew, Tory Lucas; and brother-in-law, Shawn Harriman.

A celebration of life will take place at a later date.