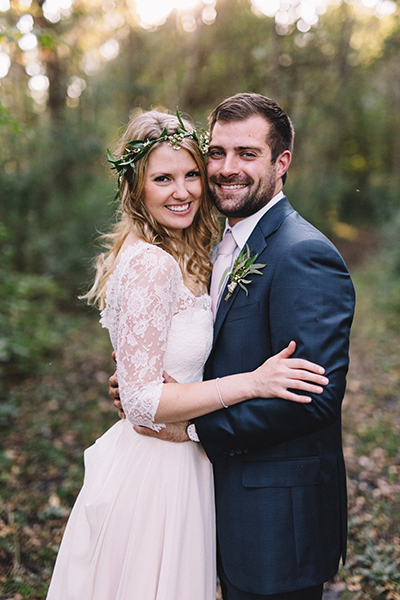 Samuel McGinnis of Albert Lea and Ariel Johnson of Waseca were married in a double ring ceremony at 5 p.m. Sept. 25, 2015, in Waseca County Courthouse Park. The Rev. Mike Treachler officiated. A reception followed at Starfire Event Center in Waseca.

The bride is the daughter of Jule and Wendy Johnson of Waseca.

The groom is the son of John McGinnis of Belle Plaine and Kristin and Carey Bangert of Albert Lea and the grandson of LeRoy and Phyllis Meyer of DeGraff.

The bride is a graduate of Waseca High School and Minnesota State University in Mankato.

The groom is a graduate of Albert Lea High School and Minnesota State University in Mankato.

The wedding was an outdoor wedding in the woods. Children sat on handmade quilts thrown in the grass. The bride’s family made up the seven-piece band that performed the music.

The couple went on a road trip to Duluth after the wedding.