Presenters gear up for final round of Idea Splash

The ideas, a self-guided historic walking tour and a dog park, will be presented in front of a team of business, public safety, education, sports and faith community leaders.

The event, the final round of an Idea Splash from November, begins at 6:30 p.m. at Southwest Middle School. 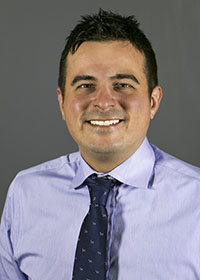 The public is invited to attend.

The event will feature 20-minute presentations for each project and a 10-minute question-and-answer session with the public and the leadership panel.

“It gives the community a way to think of and enhance the assets that are available in Albert Lea.”

Gabrielatos isn’t sure when a final decision will be made on how the $20,000 grant the city received from Southern Minnesota Initiative Foundation will be divvied up. A celebration of the ideas and awarding of the grant is planned for June.

The self-guided historic walking tours, an idea by Paul Shea, Lucas Schuster and Mark Russell, would include QR codes and selfie stations near the downtown district and lakes for tours. The codes would link to an article or an audio piece explaining history and other information about the site.

Shea said his idea has three benefits to the city. He said his plan would bridge the gap between millennials and older residents who are more familiar with the city’s history, bring history to people who normally wouldn’t read about it and showcase downtown Albert Lea and the city’s lakes.

“I hope that the public comes out and asks questions,” Shea said.

Shea said the project has received donations from Albert Lea businesses and a $500 grant from Freeborn-Mower Cooperative Services.

The dog park idea is spearheaded by the Rotary Club and proposes a fenced-in, off-leash park where well-behaved dogs can exercise, socialize and have fun in a clean, safe environment.

A community meeting was held Tuesday night in connection with the idea. Frank Hall Park and space near Brookside Education Center have been identified as possible locations.

Schulz expressed appreciation for the donations the Rotary Club has received from other businesses and individuals, and said she hopes both projects receive funding.

What: Final round of the Idea Splash