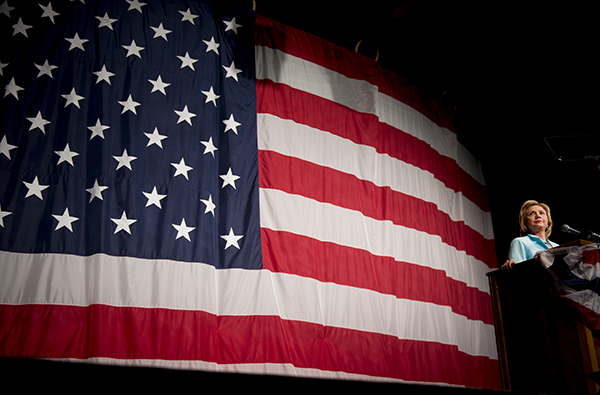 Hillary Clinton speaks in front of a large U.S. flag Aug. 14 during the Iowa Democratic Wing Ding fundraiser at the Surf Ballroom and Museum in Clear Lake, Iowa. Clinton is running for the 2016 Democratic presidential nomination for her second time. – Colleen Harrison/Albert Lea Tribune 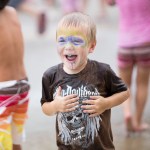 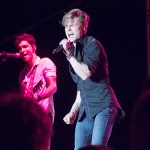 Frankie Ballard croons during the final song of his set Aug. 5 at the Freeborn County Fair. -Hannah Dillon/Albert Lea Tribune 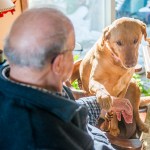 Larry Lee was out walking his dog, Dee, in October 2014 when he collapsed at the edge of his property. Dee ran up to the house and barked until Lee’s wife, Pat, came out and followed the dog to where Lee was — lying in tall grass and unable to yell for help because he was having a stroke. The Tribune interviewed the Lees in February — and met Dee, as well. – Colleen Harrison/Albert Lea Tribune 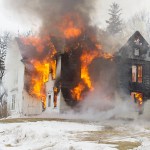 A home on 708th Avenue was fully engulfed in flames Feb. 16 in Manchester. Edson Lebeck, 79, was working on a water heater in the basement of his home, 25886 708th Ave., when the blaze began and died in the fire. Authorities ruled the cause of the fire as accidental. – Sarah Stultz/Albert Lea Tribune 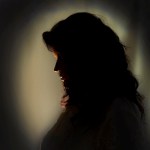 The Tribune put together an in-depth series on recovery in September in conjunction with Septemeber being National Recovery Month. According to the Substance Abuse and Mental Health Services Administration, it’s meant to educate that substance use treatment and mental health services can enable others to live healthy and rewarding lives. -Colleen Harrison/Albert Lea Tribune 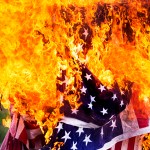 American Legion Post 56, in conjunction with the Albert Lea Fire Department, had a flag retirement ceremony June 14 at Albert Lea Municipal Airport to commemorate Flag Day. Ceremonial burning is considered to be the proper, dignified way of destroying U.S. flags that are no longer fit to serve the nation. – Colleen Harrison/Albert Lea Tribune 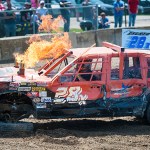 Andy Lagred of Ortonville leans back as flames come from the headers of his 1995 Lincoln Town Car May 2 in the Crossroads of Destruction demolition derby organized by the Masters of Disaster. Lagred was uninjured and broke his stick shortly after. – Micah Bader/Albert Lea Tribune 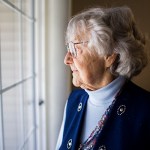 Anita Dittman was born in 1927 in Breslau, Germany, to a Jewish mother and an Aryan father. She was 5 years old when Adolf Hitler came into power. Shortly after Hitler took control, Dittman’s father forced both her and her mother to leave home in the middle of the night so that he wouldn’t be associated with anyone of Jewish heritage. Dittman was interviewed by the Tribune in April about her experience surviving the Holocaust. – Colleen Harrison/Albert Lea Tribune 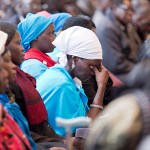 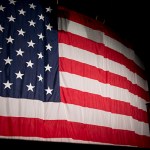 Hillary Clinton speaks in front of a large U.S. flag Aug. 14 during the Iowa Democratic Wing Ding fundraiser at the Surf Ballroom and Museum in Clear Lake, Iowa. Clinton is running for the 2016 Democratic presidential nomination for her second time. See more photos on Page 8. – Colleen Harrison/Albert Lea Tribune