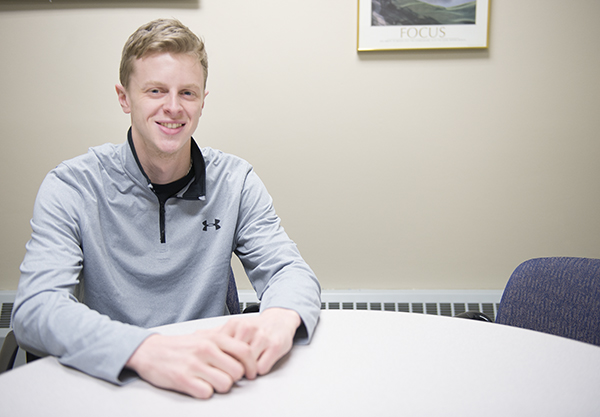 Brandon Antl started coaching the Alden-Conger girls’ basketball team at the end of December. Antl, 25, said he originally applied for the position over the summer when he first saw the opening. He was contacted when the position opened up again and was hired as the head coach, and Hilary Carlson was hired as the assistant coach. According to Antl, Carlson had previously coached the eighth-grade girls’ basketball team at Alden-Conger.

Antl has been playing basketball since he was in fourth grade, and played for Albert Lea when he was in high school. He continued to play in college at University of Minnesota, Duluth — where he majored in marketing and minored in coaching. Antl has worked as the marketing director at Innovance in Albert Lea since January 2014.

Antl said the Alden-Conger community has been very welcoming, and said he feels everyone is approachable and open to talking about the team’s goals for this season and in the future.

When it comes to his coaching style, Antl’s may run in the family. Antl said he has learned a lot about coaching from his father, who has been a basketball coach for about 20 years. Antl grew up watching him and said his dad has helped him throughout his own coaching experience.

According to Antl, the Knights practice five days a week, except for game days. He said the team’s goal is to be fast-paced and to keep its energy up at all times.

“There are always growing pains, but it’s going good,” he said.

The Knights have a 6-14 record overall this season, and are 2-8 in the Valley Conference. They were originally scheduled to host Madelia Monday night as part of a conference tournament, but because of weather the game was rescheduled to 7:30 p.m. today at Alden-Conger.

Antl said a lot of his players are younger, and without any seniors on this year’s roster he should be coaching the same group next season.

“That’s great,” he said. “We’re going to have great momentum going into next year.”

Family: Lives with his girlfriend, Jordyn; his parents and brothers also live in the area

Interesting fact: Enjoys biking and snowmobiling in his spare time