Memorial services for Donna Rosenberg, 77, of Albert Lea will be at 1:30 p.m. Friday at Ascension Lutheran Church. The Rev. Mark Boorsma will officiate. Friends may greet the family one hour prior to the service at the church.  Bayview/Freeborn Funeral Home is assisting the family. Online condolences are welcome at www.bayviewfuneral.com. 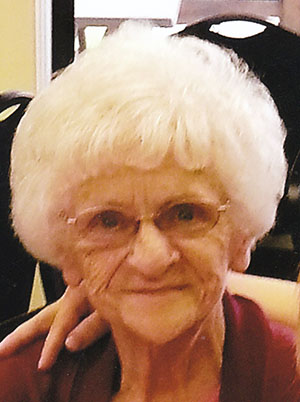 Donna Rosenberg was born on June 7, 1938, in Ceylon, the daughter of Charles and Geneva (Gangestad) Prull. She later moved to East Chain, where she graduated high school. She was united in marriage to Ronald Rosenberg on Dec. 27, 1957.  In 1957, she attended DeLyes Academy of Beauty Culture in Fairmont, where they resided until they moved to Albert Lea in 1967. Donna later started a daycare business and continued until 1992 when she became ill and needed a heart transplant. She later received a kidney transplant in 2002. Donna loved spending time with her children and grandchildren and also spending time having coffee with their group of friends at Hy-Vee. She was a very loving and caring mother and wife who will be missed very much.