Paul Luther Wilke, 72, passed away on Monday, Feb. 1, 2016, at Fairfax Hospital in Fairfax, Virginia, after complications arising from surgery. His memorial service will be at 3 p.m. Feb 13 at Lord of Life Lutheran Church in Fairfax. 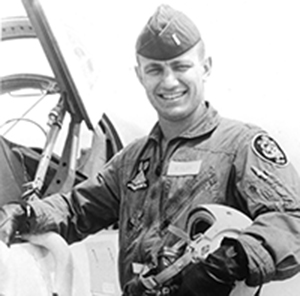 Paul was born in Fort Dodge, Iowa, on Feb. 7, 1943, to Paul and Helen (Olsen) Wilke, but upon his dad’s return from World War II in 1945, the family moved to Albert Lea. Paul graduated from high school in 1961 achieving well academically and athletically. He was salutatorian of his class and student council president. He was a starting halfback for the high school football team that won the Big Nine Conference championship in 1960. He held the Albert Lea single game scoring record in basketball for many years and won district titles in tennis.

After high school Paul attended the United States Air Force Academy, graduated in 1965, attended flight schooland became a C-130 pilot. He made the Air Force his career, achieving the rank of colonel before his retirement. Paul flew missions all over the world, including combat in Vietnam. He finished his military career at the Pentagon.

Paul was united in marriage to Corinne (Ilvedson) Dec. 28, 1969, and to this marriage two children were born.

He is preceded in death by his wife, Corinne; his parents Paul and Helen Wilke; and a baby brother.

During his life Paul enjoyed all things athletic, joining basketball and softball teams wherever he was stationed. When he was not participating in sports himself, he was an avid spectator — especially University of Minnesota wrestling, basketball and football. His interest in sports, however, did not eclipse his love of poetry, history, music and Far Side comics which served as inspiration for his homemade birthday cards. He loved to laugh with others, but he could also quote entire poems from memory, only pausing when the beauty of the words overpowered him.  In recent years, he particularly enjoyed an annual trip to Albert Lea to spend a day reminiscing and joking with old friends, former teammates and his football coach, Jim Gustafson.

In lieu of flowers, the family requests that memorial contributions be made to the National Parkinson Foundation or to Lord of Life Lutheran Church (Paul Wilke Memorial Fund).