Rules could lead to millions in required upgrades 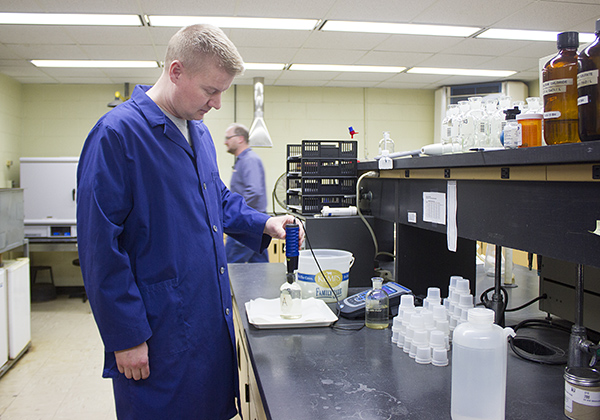 The city of Albert Lea has expressed support for a federal lawsuit filed by the Coalition of Greater Minnesota Cities against the Environmental Protection Agency.

In its lawsuit filed last year, the coalition argued that the Minnesota Pollution Control Agency’s limits on phosphorus levels in wastewater treatment plants aren’t based on sound scientific information. 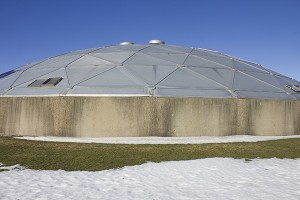 A digester at the facility is used to break down biosolids. — Sam Wilmes/Albert Lea Tribune

Jahnke said though each city wants to make sure it is protecting the environment, it is important that it be done in a fiscally responsible way based on sound scientific data.

Albert Lea City Manager Chad Adams expressed concern that MPCA standards were an unfunded mandate and that if the city had to pay for all of the possible upgrades, sewer rates may triple.

Jahnke said the city would ask for grant funds to cover a large portion of the cost if the city is forced to pay.

The city paid approximately $6,900 in a voluntary fee in late December to support the lawsuit and an administrative petition to amend or repeal Minnesota Pollution Control Agency waterway standards.

The Minnesota Pollution Control Agency enacted stricter water standards about a year ago that would hold cities responsible for managing their phosphate levels, among other things. Several cities and the coalition are pushing back against the new MPCA rules and asked legislators to revoke the standards as lawmakers hadn’t approved the changes.

According to the coalition, the EPA acted in contrary to Clean Water Act standards and admitted so through a Freedom of Information Act request by admitting it had no evidence the MPCA had scientific data to demonstrate the limits were justified.

Shannon Lotthammer, MPCA director of environmental analysis and outcomes, said the city’s current wastewater treatment plant contributes about 56 percent of the phosphorous flowing to the Shell Rock River, with the rest coming from the lake upstream, runoff and drainage from farm fields and other sources. She said many lakes and parts of the river fail to meet water quality standards designed to ensure that waters are swimmable and fishable.

She said the MPCA wants to work with the city to reduce the amount of phosphorous that is coming into area rivers and lakes from its water treatment facility and other sources.

She said some area waters have too much sediment that affects smaller organisms.

According to the MPCA, for the river to meet nutrient standards, phosphorous needs to decrease in Albert Lea Lake and in the wastewater discharge.

Adams said the city is challenging the science the MPCA used in its findings.

He said if the city and MPCA can come to a consensus on the study’s scientific census, city officials will work with the agency to reduce phosphorous levels in area lakes.

Lotthammer said the MPCA feels strongly that its water quality standards under question from the coalition were based on strong scientific evidence, and the MPCA adopted the standards via a rigorous rulemaking process that included significant public comment, a formal public hearing, the report and conclusions of an independent administrative law judge and action by the MPCA citizens board.

She said the concerns the coalition is raising were already a component of a lawsuit it brought against the state, which ultimately resulted in the standards being upheld.

She stressed the MPCA is working closely with cities to develop approaches and timelines to meet new permit limits needed to achieve the standards.

The city of Albert Lea issued a request for a wastewater discharge permit in November 2014; the city hasn’t heard a response yet, and Jahnke said he isn’t sure when he will find out.

The MPCA is looking at each source of runoff to set phosphorous limits based on its new standard. The approach considers wastewater treatment facilities and runoff from farms in a watershed to help ensure each facility does its fair share to address reducing phosphorous levels.

Lotthammer claimed cost data cited by cities are estimates and are based on a worst-case scenario.