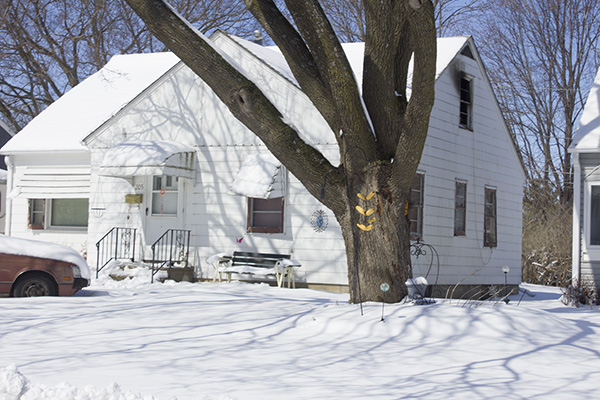 Damage to the home is estimated at $7,500. – Sam Wilmes/Albert Lea Tribune

One person was injured in a house fire this morning in Albert Lea.

Albert Lea fire and police departments were dispatched to the fire, at 205 Giles Place, shortly after 1 a.m.

According to Jeffery Laskowske, Shawn Tope, a resident of the house, was transported to Mayo Clinic Health System in Albert Lea after suffering burns and lacerations to both hands.

When firefighters and police arrived, they reportedly saw smoke coming from a second-floor window.

Tope, and his mother, Barbara Tope, were reportedly outside when first responders arrived.

Tope’s father, Donald Tope, was  reportedly at the door in a wheelchair.

Police reportedly helped him to safety.

Fire crews were reportedly able to enter the second floor and suppress the fire. 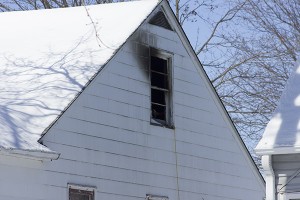 The fire reportedly began on the second floor, near a mattress and a couch. – Sam Wilmes/Albert Lea Tribune

The fire reportedly began in a sleeping area near a mattress and a couch on the second floor.

The cause of the fire is undetermined.

They remained on-scene for approximately 2 1/2 hours in the middle of a snowstorm to extinguish fire hotspots.

Neighbor Judy Werner said the Topes are a good family, and added she wished them luck and hoped the situation would work out for them.

The investigation has reportedly been completed.