Anney Louise (Gavere) Zee, daughter of the late Frank Gavere and his wife, Betty Gavere, died in her sleep Feb. 23, 2016, in her home in Las Vegas.

She was born Dec. 6, 1945, in Minneapolis. She grew up in Albert Lea, graduating from Albert Lea High School in June 1964. She studied two and a half years at the University of Minnesota, another year in Tampa, Florida, and took many special classes at various universities in cities where she was living at the time. She was the first librarian for the charter class of Lea College, and also took classes there. 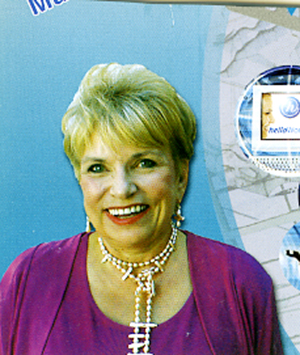 She worked 12 years at the Indianapolis Art Museum, directing its public relations development, special services and organizing many openings for its special art showings. she repeated this type of work for two years in Salt Lake City. She then moved on to San Diego and was very involved with various civic groups for almost 20 years, organizing public programs, concerts, personal development programs, hiring, training, conducting seminars and teaching her own classes in personal development.

While in Indianapolis she was married to Thomas J. Zeirschmeide III and later married to Derek Head, a retired captain of the English Air Force, who had grown up near York, England.

During those years they traveled to many countries —partly for his work in Avionics, partly for pleasure. She was thrilled to see England, Ireland and Scotland numerous times and also visited France, Italy, Greece, Turkey, China and Nepal. Several longer visits were made to Australia, where Derek’s mother had immigrated many years ago. For several years, Derek had a large sailboat in the British West Indies.

Her last 10 to 12 years she lived in Las Vegas. At her death she was living with her mother, Betty Gavere.

She was preceded in death by her father, who died in 1998, and her youngest brother, Andrew, who died of severe gastroparesis in 2004.

She is survived by her brothers: Allan, who is retired from the post office in Salt Lake City; and Frank C., who lives in New Jersey. Two nephews also survive.