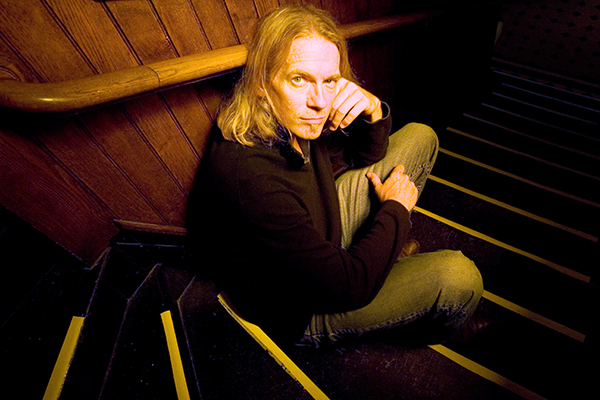 Billy McLaughlin will perform Friday at the Lighthouse Theatre and Event Center in Albert Lea. – Provided

For 20 years, Billy McLaughlin astounded audiences around the world with his complex and rhythmic music.

In 2001, McLaughlin was diagnosed with Focal Dystonia, an incurable neuromuscular disorder that rendered him unable to play his own music. By 2002, McLaughlin’s career was over.

In 2006, McLaughlin began a comeback. He was doing the unthinkable — relearning his songs one note at a time with his opposite hand.

Now, McLaughlin is astounding audiences once again with both his story and his music. On Friday, he will once again return to Albert Lea for a solo guitar performance with special guests Jeff Arundel and The Hammsmen.

McLaughlin is a great supporter of the community, and last performed in Albert Lea over the holidays with his special group Simple Gifts. McLaughlin wanted to introduce Arundel and the boys to Lighthouse Theatre and Event Center in hopes that they will become regulars down here, too.

He said Arundel has a style like James Taylor, and also brings some of his friends with great talents to the community toshare different artists and different styles of music happening in Minneapolis and around the world.

Arundel is from Minneapolis. He began recording his music in 1988 with Dale Goulett, lead singer of the famed Minneapolis pop ensemble Limited Warranty.

Arundel has recorded seven studio albums and won various awards, including a Minnesota Music Award,  and the NAIRD Album of the Year Finalist Award. He has two prestigious Cities97 samplers, along with national and international radio play.

What: Billy McLaughlin and special guest Jeff Arundel and The Hammsmen

Where: Lighthouse Theatre and Event Center

Tickets: online at lighthouseeventcen.wix.com/lighthouse; or at Marshall Street Music, Hy-Vee, and Stadheim Jewelers in Albert Lea; or Coffee House on Main in Austin