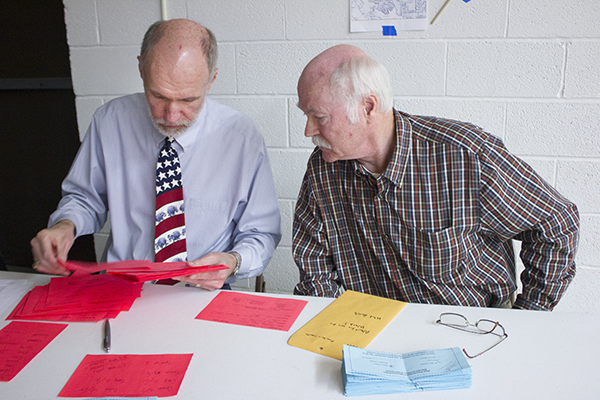 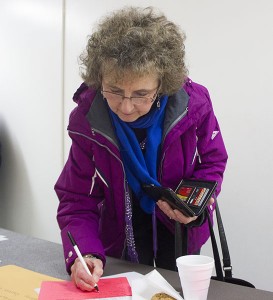 Rubio placed first in Albert Lea wards 1 and 3; Trump captured wards 4 and 5. The two finished tied for first in Ward 2 with 17 votes each. Cruz won Ward 6.

Freeborn County Republican Party Chairman Brian Hensley said he noticed a lot of first-time voters, and said the high turnout was due to three strong candidates that each bring something to the table that voters are looking for.

He said Rubio brings a fresh face and confidence, Cruz is a proven conservative and Trump is anti-establishment.

Freeborn County Republican Party Secretary Spencer Krier said he thinks the turnout is a sign people are upset and feel let down by the party’s establishment.

Albert Lea resident Donna Carlson said she was caucusing for Trump because she agrees with a lot of what he says, and he is the most capable of bringing back jobs.

She said she appreciates Trump’s refusal to be politically correct and address needed issues, including immigration.

Carlson said she thinks immigration is causing people to lose their jobs and is making it difficult for young adults to find work.

She framed her support of Trump as a matter of trust and said she doesn’t trust the other Republican candidates.

Kathy Aase and her husband, Loren, of Albert Lea said they would support a candidate who can beat Hillary Clinton.

Kathy Aase, who caucused for Rubio, said she is disgusted with the negative tone of the Republican Party, but still plans on voting for a Republican because she thinks voting for Hillary Clinton or Bernie Sanders would be worse.

She described herself as a social and moral conservative on LGBT issues and abortion, and cited former presidential candidate Rick Santorum’s support of Rubio’s candidacy as a reason why she supports him.

Loren Aase, a first-time caucus-goer, said he supports Trump because of his views on abortion, immigration and his discussing important issues. He described himself as a social conservative who wants to tighten the borders to prevent illegal immigration.

He said he attended because he was unsatisfied with the direction the country has taken with its moral structure and unsecured borders.