Funeral services for David Kalis, 79, of Albert Lea will be at 10:30 a.m. Thursday at St. Theodore’s Catholic Church. The Rev. Russell Scepaniak will officiate. Interment will be in St. Casimir’s Cemetery in Wells. Visitation will be from 5 to 7 p.m., Wednesday at the Bayview/Freeborn Funeral Home, and one hour prior to the service at the church. Online condolences are welcome at www.bayviewfuneral.com. 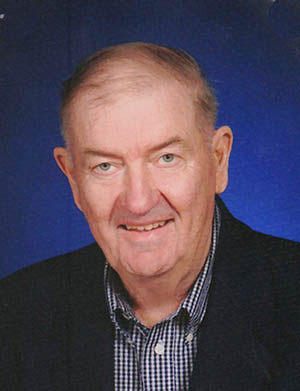 David Thomas Kalis was born Jan. 30, 1937, on his family’s farm near Walters, the son of Albert and Alvina (Herman) Kalis. He attended country school and graduated from high school in Kiester. As a senior in high school he took over the operation of the family farm. On August 8, 1957, David was united in marriage to Patricia Woitas at St. Theodore’s Catholic Church. He was a member of St. Casimir’s Church in Wells and later became a member of St. Theodore’s. David was a member of the Foster Township board for 32 years. He enjoyed spending his time working on the farm, especially with his livestock. He followed the stock market daily and wisely chose stocks and successfully bought and sold futures. David will be remembered as a wonderful husband, father and grandfather. Blessed be his memory.

David was preceded in death by his parents and his sisters Helen Flattum and Marie Motl.