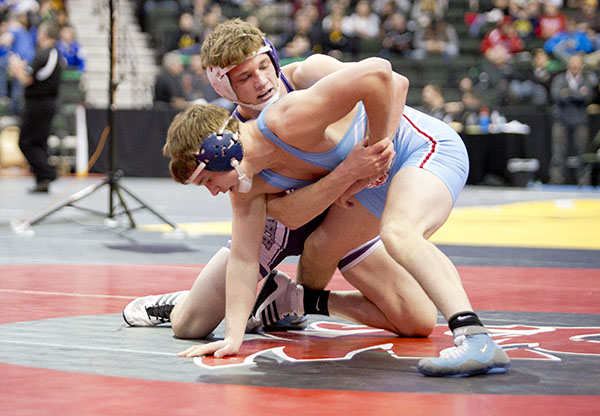 Whether they won or lost matches, these boys did so graciously.

All of the area wrestlers except for now three-time state champion Garrett Aldrich lost at least one match. Though they were surely disappointed when they had a loss, these wrestlers remained good representatives of their schools. Some even hugged their opponents after losing their matches.

This can’t be said for all of the other wrestlers there that weekend.

Another noteworthy moment of the tournament came in the crowd’s reaction after Kasson-Mantorville’s Brady Berge had to be carried off the mat and into a training room after he broke his leg during a match. Clearly hurt and disappointed that his hopes of winning a fourth state title were dashed, Berge cried as he was carried out by his coach.

The crowd gave the wrestler a standing ovation not once, but twice — first when he was carried out to seek medical attention, and second when he returned from the hospital with his leg in a cast.

Good sportsmanship is important, not only in this sport but in life, too. Though we may wish otherwise, not everything will always go the way we like. It’s how we handle life’s ups and downs that matters.