Memorial services for Elmer James Young of New Richland will be at 11 a.m. March 29 at First Congregational Church in New Richland. The Rev. Pamela Jensen will officiate. Friends may greet the family one hour prior to the service at the church. Interment will be in the Freeborn Cemetery. 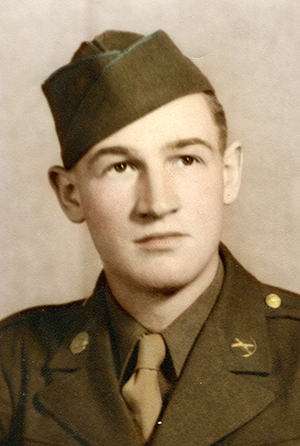 Elmer was born July 30, 1921, in Freeborn Township on the family farm, the son of Jerome and Mabel (Rassmussen) Young. He attended country school and entered the United States Army in 1942 serving overseas during World War II. He was seriously wounded in Italy and was awarded the Purple Heart. After his return in 1945 he was united in marriage to Elvira Christiansen on July 30, 1946, in Freeborn. Together they farmed the family farm in rural Wells for many years.

Elmer was a member of First Congregational Church and a member for over 60 years of the American Legion. Elmer loved his pet dogs and traveling around the country to visit relatives. Special times were spent with the family and grandchildren.