A memorial service for James “Jim” Broskoff will be at 11 a.m. Wednesday at St. Theodore Catholic Church. The Rev. Russell Scepaniak will officiate. Visitation will be from 4 to 7 p.m. Tuesday at the Bonnerup Funeral Service chapel, as well as one hour prior to the service at the church. Military honors will be accorded by the Freeborn County veteran’s groups. 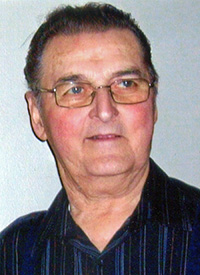 James M. Broskoff was born Aug. 1, 1943, to Michael and Edith (Sipple) Broskoff. He attended and graduated from Ellendale High School. He later graduated with a two-year degree from the Austin Vocational and Technical College. In 1961, Jim joined the United States Army, where he served honorably until 1964. He then joined the Army Reserves until his honorable discharge in 1967.

On June 18, 1966, he was united in marriage to Susan K. (Crouch) at St. Theodore Catholic Church in Albert Lea. The couple was blessed with five daughters. Jim was a member of St. Theodore Catholic Church. He was also a member of American Legion Post 56, was a part of the Crossroads Camper Club and was a 4-H leader. Jim was a carpenter and contractor by trade. He was a maintenance specialist for the Albert Lea School District 241 until his retirement in 2005. After retiring, Jim and Sue enjoyed winters in Arizona.

In his free time, Jim enjoyed camping, fishing, boating and playing cards. Jim was very mechanical and handy; he could fix anything put in front of him. He also liked to be involved at the YMCA where he was a part of the swim team. Above all, spending time with his family and friends was always important, and he cherished every moment he got to spend with them.

He is preceded in death by his parents; a brother, Roger Broskoff; and a grandson in infancy, Baby Boy Thorson.

Per Jim’s wishes, donations are preferred to St. Theodore Catholic School or the American Legion.